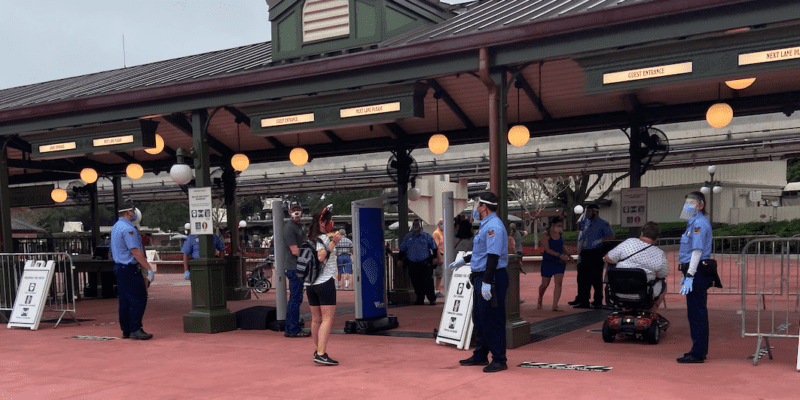 Disney World security officers were recently in a precarious situation following a situation that unfolded with a Disney Park Guest.

When visiting Walt Disney World Resort, there is so much to see and experience. No matter which Disney Park you visit, whether it be Magic Kingdom, EPCOT, Disney’s Hollywood Studios, or Disney’s Animal Kingdom, there are plenty of fun rides, world-class entertainment, snacks, and merchandise to enjoy during your stay.

Though Disney World is known as “the most magical place on earth,” it doesn’t mean that every single Guest has a magical time.

This is evident in a recent video that showed a Disney Park Guest being kicked out of EPCOT.

As you can see in the video, the Guest is being escorted out of the Park by a whole host of security officers.

According to the user that shared the video, the Guest was heard berating a Disney security guard after they “told him something he didn’t like.” As a result of the behavior, he was escorted out of the Park.

No matter where you visit inside of Disney World, it is important to show respect to fellow Guests and Cast Members alike. Disney is a family-friendly theme park and any offensive gestures, berating, yelling, or altercations can result in expulsion from the Park and even being banned depending on the severity of the incident.

Have you ever experienced an incident like this at Walt Disney World Resort or Disneyland Resort? Let us know in the comments!