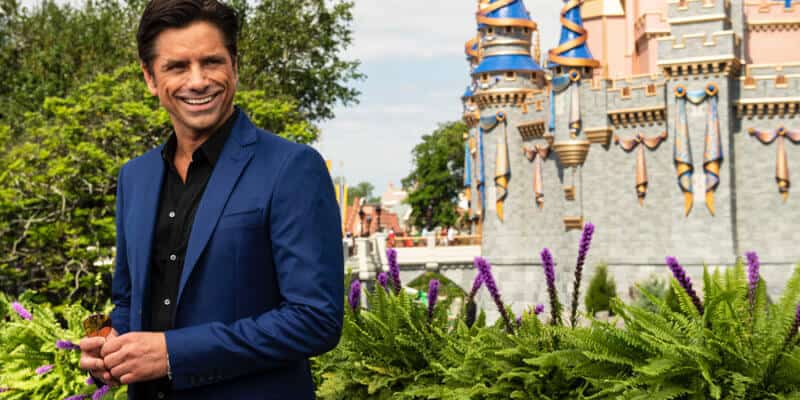 Renowned actor John Stamos shared his thoughts on Disney in a recent interview.

John Stamos, who is most known for his role as Uncle Jesse in the popular ABC sitcom Full House and the subsequent Netflix series Fuller House, has never been shy about his love for Disney.

The actor has been spotted countless times with his family at Walt Disney World Resort and Disneyland Resort over the years and it’s clear that he has been a super-fan for quite some time.

In a recent interview with Yahoo Life aboard the Disney Wish for the cruiseliner’s christening, Stamos opened up about his love for Disney, sharing that he had grown up just 20 minutes from Disneyland.

However, as many times as he visited the Disney Parks, he says that he has one bone to pick with Disney:

“Why does Neil Patrick Harris have a drink named after him and not me?, Stamos asked.

The drink the actor is referring to, of course, is the Black Magic Margarita, a mezcal-based cocktail Harris created for La Cava del Tequila, a popular bar at Epcot’s Mexico Pavilion.

If Stamos did have his own signature drink, he says he’d call it “Johnny’s Sparkling Water of Love.” The drink would have no booze as Stamos abstains from alcohol, “it’s just sparkling water … with love,” he explained.

Stamos is currently on a world tour with the renowned band The Beach Boys. You can also catch his latest series Big Shot, which just released last year, on Disney+.

Have you ever spotted John Stamos in the Disney Parks?