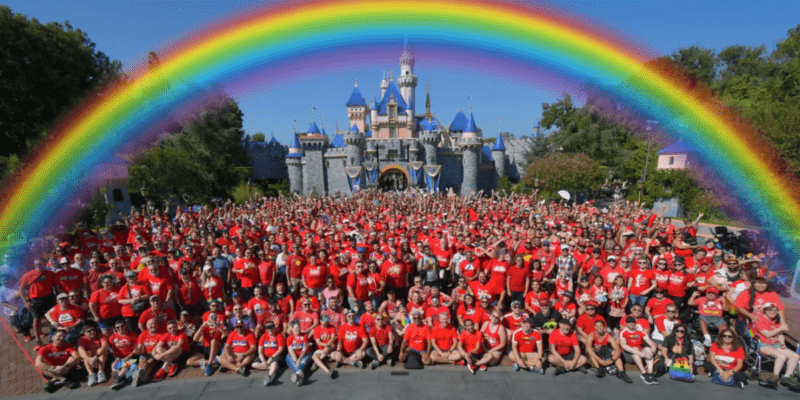 Reddit user u/BiAdventureTime shared photos of hundreds of Gay Days attendees in front of Sleeping Beauty Castle at Disneyland Park. The group is wearing its trademark red shirts, a tradition started in the 1990s so attendees could easily recognize other members of the LGBTQIA+ community:

Disney has long taken a progressive stance toward gay marriage and LGBTQIA+ issues. In the 1990s, before the Supreme Court legalized gay marriage nationwide, The Walt Disney Company offered gay and lesbian employees insurance for their partners.

Have you ever attended Gay Days at Walt Disney World or Disneyland Resort?