Guests Experience RARE Rise of the Resistance Ride With the Lights On! - Inside the Magic 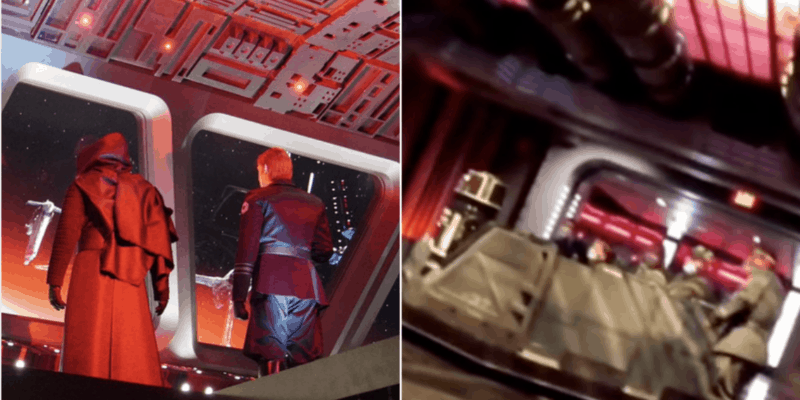 From time to time, Walt Disney World Resort Guests have unique experiences on rides and attractions — from a log sinking on Splash Mountain while it was operating to riding the Space Mountain roller coaster with the lights on to getting stuck on the Disney Skyliner  — not everything at Disney’s theme parks works perfectly all the time.

This epic Star Wars-themed ride is typically shrouded in darkness as Guests attempt to evade the First Order, but in this case, Guests got to see the inner workings of the Galaxy’s Edge fan-favorite in full illumination.

Related: Disney Confirms Guests Can Soon Use Lightning Lane to Pay to Ride Rise of the Resistance

Due to this, both Rise of the Resistance and Millennium Falcon: Smugglers Run feature characters and events — like the death of Han Solo and the First Order instead of the Galactic Empire — from the sequel trilogy films.

Have you ever ridden a Disney World ride with the lights on?

Comments Off on Guests Experience RARE Rise of the Resistance Ride With the Lights On!