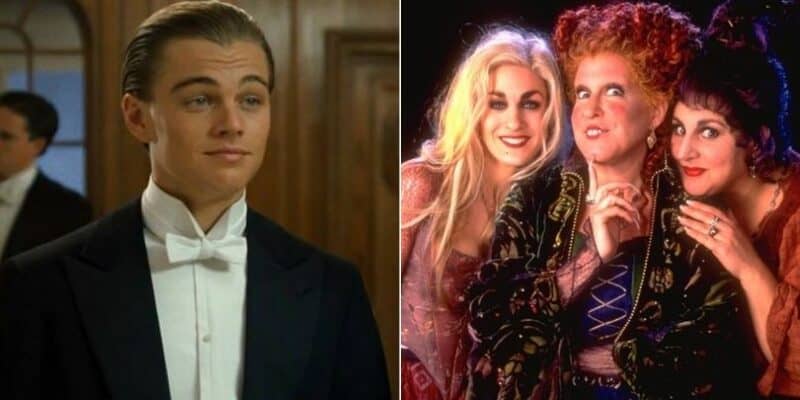 Hollywood A-lister Leonardo DiCaprio really made his mark on the silver screen when he played Jack Dawson opposite Kate Winslet’s Rose Dewitt-Bukater in Titanic (1997), but the now 46-year-old actor’s career actually started several years before his most iconic character died in the North Atlantic.

To play Arnie Grape, though, it turns out that DiCaprio had to turn down another film that has developed a cult following over the years — Disney’s Hocus Pocus (1993).

Per one article about DiCaprio’s missed opportunity to appear in the House of Mouse Halloween movie:

But it was his next film [after This Boy’s Life (1993)] that really solidified where he wanted to go as an actor. He was offered “more money than I ever dreamed of” to take a role [Max] in the Disney family film “Hocus Pocus.” But he decided he wanted to hold out for a small indie for which he hadn’t even auditioned yet, “What’s Eating Gilbert Grape.”

“I don’t know where the h*** I got the nerve,” he says now. “You live in an environment where you’re influenced by people telling you to make a lot of money and strike while the iron’s hot. But if there’s one thing I’m very proud of, it’s being a young man who was sticking to my guns.”

The role of Max Dennison, as Hocus Pocus fans undoubtedly know, ultimately went to Omri Katz. Katz’s career has been far from DiCaprio’s Academy Award-winning one, so perhaps the Inception (2010) actor made the right choice in the end.

DiCaprio’s last major motion picture was Quentin Tarantino’s Once Upon a Time…In Hollywood (2019) with Brad Pitt. He currently has five projects — including the long-awaited H.H. Holmes miniseries Devil in the White City and the newly announced Roosevelt — in the works.

As for the original Hocus Pocus cast, the core trio of Salem witches — Sarah Jessica Parker (Sarah Sanderson), Bette Midler (Winifred Sanderson), and Kathy Najimy (Mary Sanderson) — are preparing to film Hocus Pocus 2, which is due to hit the Disney+ streaming platform in Fall 2022.

Beyond the Sanderson Sisters, it has not yet been confirmed if Katz and other original cast members will be back for the sequel movie.

Did you know Leonardo DiCaprio was almost in Hocus Pocus?