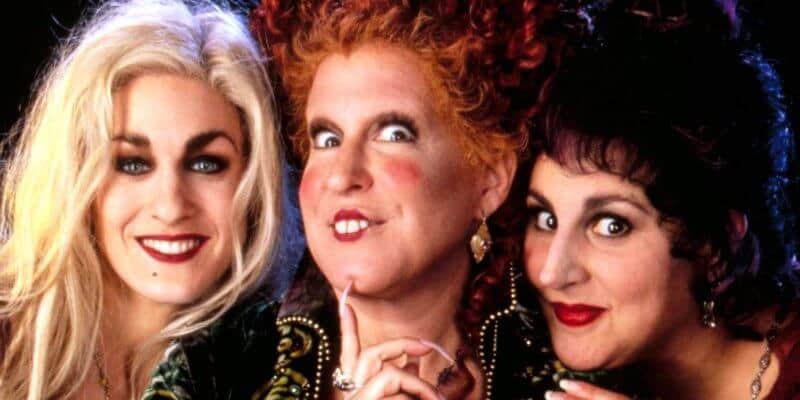 Sarah Jessica Parker has confirmed that she and her former cast-mates of Hocus Pocus (Kathy Najimy and Bette Midler) are all on board for a sequel to the ghoulish Disney film and we’re spooked!

The beloved film, which is nearly 30 years old, has become a Halloween tradition for many families who watch it annually. Naturally, a film with such great history would be due for a revival or continuation of some sorts and now — this might be a possibility.

Parker confirmed her and the three legendary actresses were on board in an interview with Bruce Bozzi on SiriuzXM’s Quarantined with Bruce.

When asked if she thinks there will ever be a sequel, Parker said that the three stars of the film are really open to it, saying: “I think that is something that Bette, Kathy, and I are all very hospitable to the idea.”

Parker continued, discussing how in the past there had been talk of a sequel but the right people weren’t in the know or on board with the idea.

“I think for a long time people were talking about it as if people were moving forward with it in a real way, but we were unaware of it. But I think now, we’ve gotten to the point where we’ve agreed publicly to the right people, ‘yes, that would be a very, very fun idea,’ so we’ll see what the future holds,” said Parker.

This isn’t the first time we saw the film’s original stars hint towards their desires for a sequel as in the past Bette Midler has shared quite a bit of throwbacks to the original film on her Instagram.

Currently, there are already plans in place for a Hocus Pocus sequel for Disney+. However, it is not with the original cast and not many details have been revealed about this project.

Do you want to see Sarah Jessica Parker, Kathy Najimy, and Bette Midler reunite for a second Hocus Pocus film? Let us know in the comments!