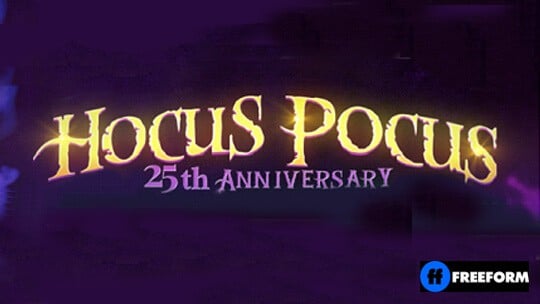 Bette Midler, who memorably played Winifred Sanderson in “Hocus Pocus,” revealed she’ll be joining her on-screen sisters for Freeform’s star-studded anniversary special. The announcement was made in a short video on Freeform’s YouTube channel:

We were already excited to celebrate “Hocus Pocus,” but this news has cast a whole new spell over the occasion. Catch the Hocus Pocus 25th Anniversary Bash on Saturday, October 20 at 8:15 PM/7:15c on Freeform.

Freeform is celebrating the 25th anniversary of Disney’s “Hocus Pocus” with the Hocus Pocus 25th Anniversary BASH, which is set to be a star-studded TV special featuring cast members from the original film. As part of the celebration, Freeform is looking for fans of the spooky film to be audience members who will get to join in on all of the TV special’s celebrations.

The special is set to premiere on Saturday, October 20, during Freeform’s 31 Nights of Halloween and it will celebrate the beloved film with interviews from some of its famous cast members. The special will also include a look at some of the film’s famous movie scenes, live musical performances and an audience member costume contest! 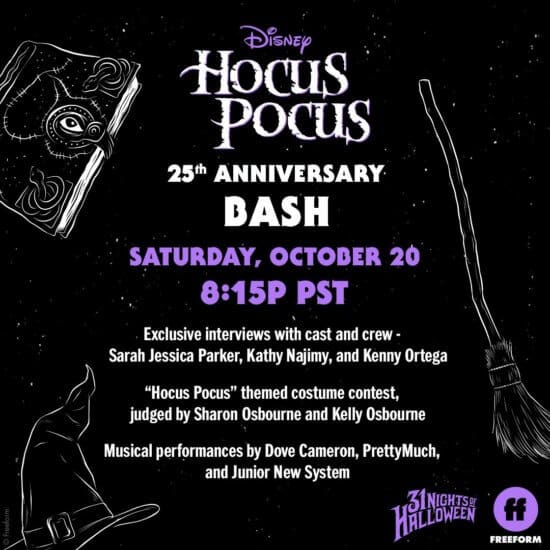 Taping for the special will take place Tuesday, October 2nd from 6pm-10pm at Hollywood Forever Cemetery in Los Angeles, California. Tickets for the event are free!

For more information about the taping or to get your own ticket, be sure to visit the official website.

Are you excited for this spooky event? Let us know in the comments below!