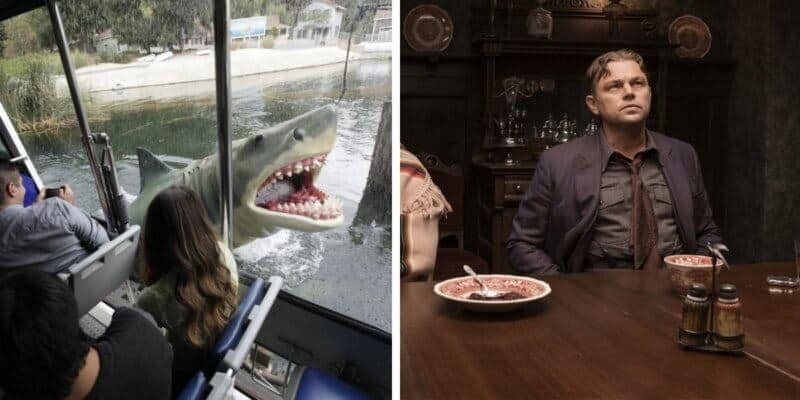 If you have ever seen Universal’s Twitter account, whether it be for Universal Orlando Resort or Universal Studios Hollywood, you know that the content they produce is always cheeky, and relevant to what is going on in mainstream media.

We recently reported on how Universal Orlando called out a TikToker who was drinking from their decorative fountains and how Universal Hollywood called out a Guest who jumped out of a moving attraction through their Twitter accounts. Now, it seems they have moved onto a story going around in pop culture.

The New York Post (@nypost) recently Tweeted one of their articles that shows off new photos of Leonardo DiCaprio in Martin Scorsese’s latest film Killers of the Flower Moon. The Tweet stated that DiCaprio, an incredibly famous actor, was unrecognizable in the photos.

The Tweet was instantly ridiculed all over Twitter, as people are instantly recognizing the movie star. Memes have also begun to swirl online about the Twitter post, and Universal has decided to join in on the fun.

Universal Studios Hollywood (@UniStudios) Tweeted a photo of Bruce from the Jaws section of the Studio Tour.

The photo clearly has Bruce in a very recognizable moment of the Studio Tour, just as the Scorsese film has a recognizable photo of Leonardo DiCaprio in the photo.

Universal Orlando Resort even added to the Twitter thread saying:

Leo, is that you?

Of course, the animatronic shark is not the A-list Hollywood star, but Universal is hilariously pointing out that the New York Post used the term “unrecognizable” incorrectly.

Universal has a great way of creating Tweets that a relatable to Guests and create a conversation online. This is just another example of how the company continues to engage with Guests while they are not at the park!

What do you think of the way Universal uses its Twitter account? Did this story give you a laugh? Let us know below!