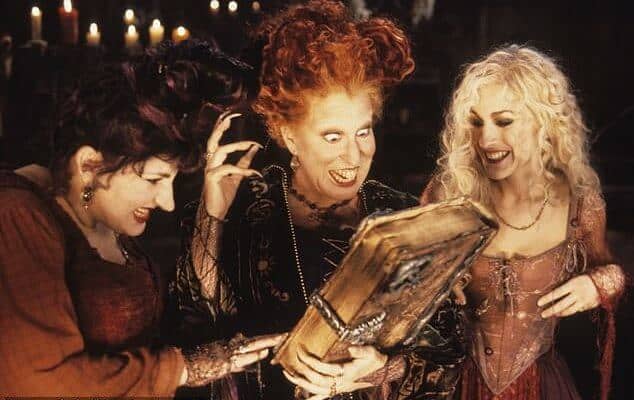 For those of you who are patiently waiting for Hocus Pocus 2 updates to be released, you are not alone! It seems that the film’s very own Bette Midler (AKA Winifred Sanderson) is also excited to get started on the film.

For those who may not know, we recently reported that Disney officially confirmed that Hocus Pocus 2 is indeed in development. At the 2020 Disney Investor Day event, it was announced that the film will be coming exclusively to Disney+ and will be directed by Adam Shankman, known for Hairspray (2007) and 17 Again (2009).

Since then, we have received small morsels of information regarding the original cast of Bette Midler (Winifred), Sarah Jessica Parker (Sarah), and Kathy Najimy’s (Mary) involvement in the movie. Each time one of the three Sanderson Sisters reveals new information, it may be small, but it is always positive and exciting.

Most recently, Bette Midler discussed the script for Hocus Pocus 2 and how reading it made her feel.

“They sent the script and we’re really excited about it — we’re up for it. Although I must say, I mean, the years have flown by and I am 75 and I do believe I can fly.”

It seems that all three actors are ready to reprise their roles from the original 1993 Hocus Pocus. Although all three have quite obviously aged since the original film, even 75-year-old Midler is ready to hop back on her broomstick after seeing the script!

Previously, we also reported that Kathy Najimy also took a look at the script and fell in love:

“Sarah [Jessica Parker] and Bette [Midler] and I had like a couple of weeks on the phone talking about the script, and that was really fun, obviously. So we talked a lot about notes and if we did now, it’s just, and we all have said in a perfect world, yes. Now it’s just location, times and dates and how long and all that. So it’s just, it’s those things. So, you know, I can’t really give a yay or nay either way.”

Now, it seems that with the three sisters on board and excited, the production will need to figure out the other necessary details that come along with pre-production including where to shoot, who else to cast, and a timeline.

Most Hocus Pocus fans like myself are probably very curious by now to know what the script is about and what storyline will take place. Last we saw, the Sanderson Sisters were banished from Salem forever. That being said, Disney did recently release a sequel to the film via a novel, which could present a possible plot line.

For this to happen, Max (Omri Katz) and Allison (Vinessa Shaw) would need to also sign onto the sequel. At the moment, there has been no confirmation that the two have been cast, so the novel’s sequel may be quite separate from the film. That being said, this is purely speculation at this point, and Disney has yet to confirm any plot for the Hocus Pocus sequel. 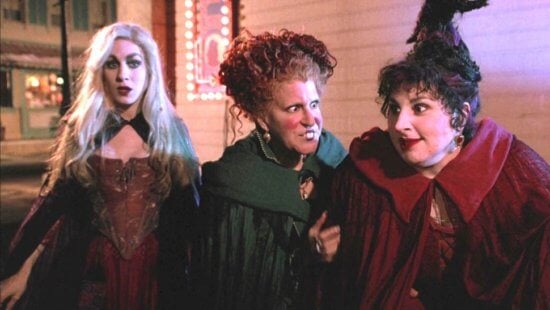 For now, spooky fans will just need to sit still and wait for more Hocus Pocus 2 information to be revealed. Until then, it is good to know the film currently only has positive reactions from the cast.

What do you think Hocus Pocus 2 will be about? Are you excited about the sequel?