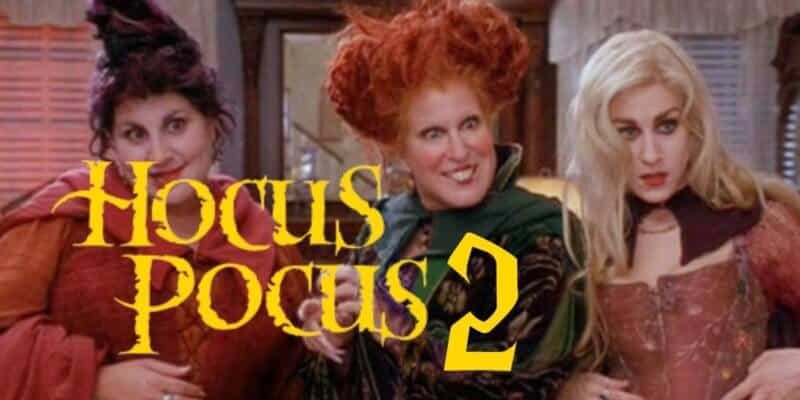 It may not be Halloween anymore, but that doesn’t mean we aren’t excited for any updates regarding Hocus Pocus 2!

Recently, we reported that Disney officially confirmed that Hocus Pocus 2 was indeed in development. At the 2020 Disney Investor Day event, it was announced that the film would be coming exclusively to Disney+ and would be directed by Adam Shankman, known for Hairspray (2007) and 17 Again (2009).

Currently, Untitled C / W Project is listed as Shankman’s most recent IMDB project, however, there is no date attached. This project may not be the Hocus Pocus 2 sequel we are anticipating, but the project does say that it was officially announced — which fits in with what we know about Hocus Pocus 2.

Kathy Najimy who played Mary in Hocus Pocus (1993) recently spoke on SiriusXM’s The Jess Cagle Show, according to Comicbook.com, and gave all of us Hocus Pocus fans the update we have been waiting for. At the moment, it seems that Bette Midler (Winifred) and Sarah Jessica Parker (Sarah) are still involved — which is not a huge surprise considering the excitement we have heard from the actors, especially Midler, regarding the project.

“Sarah [Jessica Parker] and Bette [Midler] and I had like a couple of weeks on the phone talking about the script, and that was really fun, obviously. Bette Midler, as Jess knows, was a huge, huge inspiration for my whole entire life. Like half of me is me because of Bette Midler, half of me is me because my mom, Gloria Steinem and Bette Midler. So we talked a lot about notes and if we did now, it’s just, and we all have said in a perfect world, yes. Now it’s just location, times and dates and how long and all that. So it’s just, it’s those things. So, you know, I can’t really give a yay or nay either way.”

If there is one thing we can pull from this, it is that the production is currently in its planning phase, which means the storyline is set, and likely, a draft of the script if location scouting is to take place. This information comes as an update to what we previously knew, which was that only an outline was created and shown to Midler, Parker, and Majimy — who all loved it.

If we want to try and guess what the plot of the film will be, Disney did recently release a sequel to the film via a novel, which could pose as a possible plotline. However, this is pure speculation at this point and nothing has been confirmed by Disney regarding a storyline.

In regards to the novel mentioned above, Disney stated,

However, for this to happen, Max (Omri Katz) and Allison (Vinessa Shaw) would need to also sign onto the sequel. At the moment, there has been no confirmation that the two have been cast, so the novel’s sequel may be quite separate from the film.

Unfortunately for Hocus Pocus fans, not much more information has been released on the project — but continue to stay tuned to Inside the Magic as we keep bringing you every update on the Hocus Pocus sequel.

Are. you excited for Hocus Pocus 2? What do you think the plotline will be about?