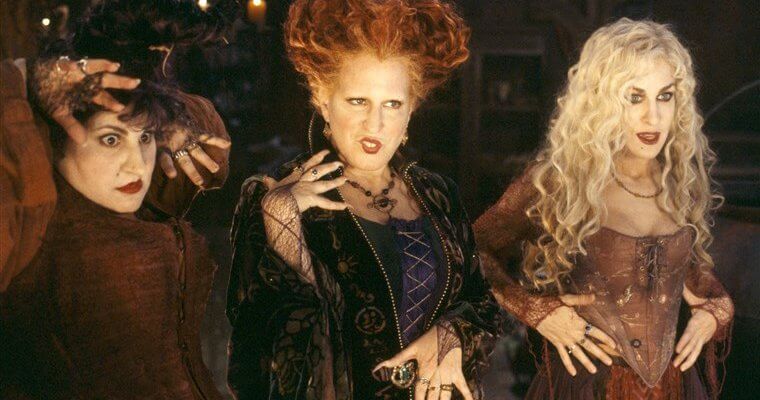 In an interview with People, Bette Midler dishes about the highly anticipated ‘Hocus Pocus 2’.

“They presented us with an outline, and after we picked ourselves up off the floor, because it’s been 27 years, we looked at it and I think all of us agreed that it was pretty great,”

We know that Hocus Pocus 2 has been in the early stages of development. It has named Adam Shankman as the director attached to the film. And we may have an early glimpse at what the story could be from a novel written about the events after the first movie. Read all about what we know so far about the project here.

Bette Midler goes on to say this about the movies pre-productions stage in her interview:

Recently, the Sanderson Sisters reunited for Midler’s annual Hulaween event — held virtually this year — and even John Stamos joined in the fun.

Related: We Waited 300 Years for This! ‘Hocus Pocus’ Makeup Collection

It is great to hear that they are truly trying to not only bring back the stars of the film, but also the team that made the movie such a success.

Are you excited about Hocus Pocus 2? Let us know in the comments!