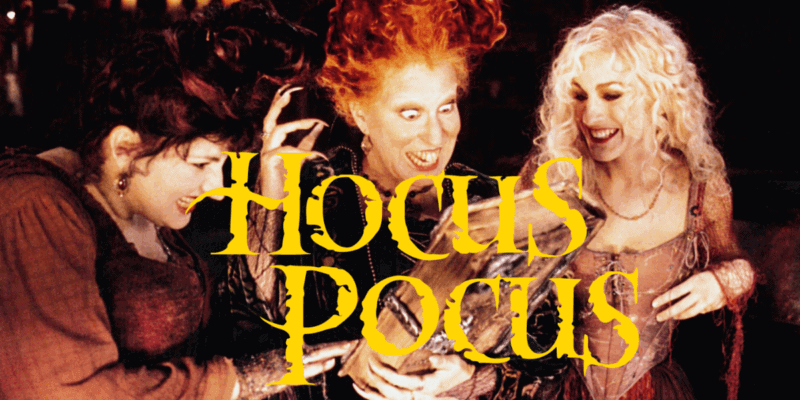 The Halloween hit Hocus Pocus debut in 1993. Since it became popularized when it came to home video release fans have been wondering when a sequel could be coming out.

A second Hocus Pocus film is coming, it even has its own IMBD page, all three original Sanderson Sisters have signed on to be a part of the sequel, and Adam Shankman is set to direct.

However, nothing since the cast and director has been announced. This is what we could be seeing when Hocus Pocus comes back to the big screen.

Did you know there is a Hocus Pocus book that has a plotline that extends beyond the original movie?

What are you reading this month? ??✨ . Search for Hocus Pocus & the All-New Sequel on DisneyBooks.com. Link in bio or tap on the tag in the photo to shop. . About the Book: Hocus Pocus is beloved by Halloween enthusiasts all over the world. Diving once more into the world of witches, this electrifying two-part young adult novel, released on the twenty-fifth anniversary of the 1993 film, marks a new era of Hocus Pocus. Fans will be spellbound by a fresh retelling of the original film, followed by the all-new sequel that continues the story with the next generation of Salem teens. Shortly after moving from California to Salem, Massachusetts, Max Dennison finds himself in hot water when he accidentally releases a coven of witches, the Sanderson sisters, from the afterlife. Max, his sister, and his new friends (human and otherwise) must find a way to stop the witches from carrying out their evil plan and remaining on Earth to torment Salem for all eternity. Twenty-five years later, Max and Allison’s seventeen-year-old daughter, Poppy, finds herself face-to-face with the Sanderson sisters in all their sinister glory. When Halloween celebrations don’t quite go as planned, it’s a race against time as Poppy and her friends fight to save her family and all of Salem from the witches’ latest vile scheme. – #bibliophile #booknerd #bookworm #reading #booklove #bookphotography #hocuspocus #sandersonsisters #halloween #yabooks #yareads

In this telling of the story, Max and Allison do end up together and have a child named Poppy. Poppy is a 17-year-old girl when she encounters the Sanderson Sisters and needs to fight them off on Halloween night just like her father and mother did.

We love this story as it brings back our favorite sinister witch sisters while wrapping up the Max and Allison storyline from the first movie. As fans of Hocus Pocus, we do hope this is the direction they take the new movie.

In addition to the sequel that is in its early stages of development, the original brain behind Hocus Pocus, Kenny Ortega, has expressed his interest in bringing Hocus Pocus to Broadway!

“I’d love to do Hocus Pocus on Broadway. Perhaps Thomas Schumacher, the president of Disney Theatrical Group, would give me a call, and we could talk about it. He’s a great man, and he’s done an incredible amount of amazing theater work with the Disney company. They put out High School Musical, not as a Broadway production, but toured it all over very successfully on ice and in theaters across America. I mean, look at the success of Newsies, which won Tony Awards for Alan Menken as well as for the choreography. I think a Hocus Pocus musical would be great fun, really great fun.”

With Bette Midler stealing the show with her performance as Winifred Sanderson in the original movie it makes sense that Hocus Pocus could easily translate to Broadway.

A big “I Put a Spell on You” Musical show stopper at the end of the first act? We think yes!

We can’t wait until we get new details for the upcoming Hocus Pocus 2 movie. Hopefully, we could see it in theaters of Disney+ in 2022.

In Search of the Sanderson Sisters

If you cannot wait for the next movie or possible Broadway adaptation we have the solution.

Bette Midler was able to get her other Sanderson Sisters along with other famous actors to join in a one time virtual ticketed event for Halloween. In Search of the Sanderson Sisters will be a fabulous event on the 30th of October. You can read all the details here.

We will continue to report on any official details Disney releases about the movie!

What are you most looking forward to in a Hocus Pocus sequel? Let us know in the comments!