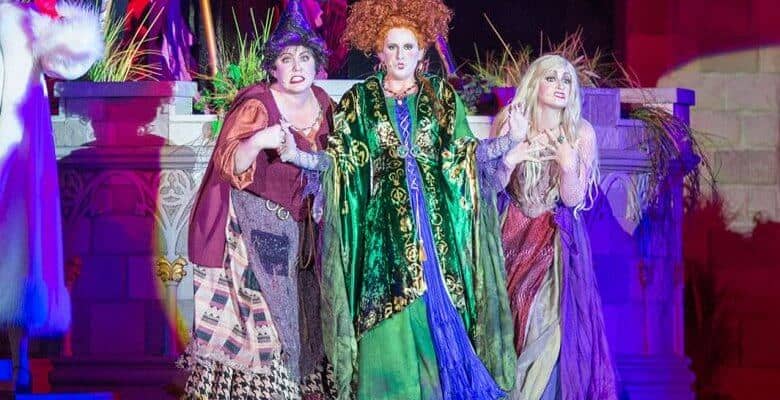 If there is something Halloween brings out, it is some amazing films. And not to pick favorites, but Hocus Pocus is probably on most peoples top 5 lists when it comes to enjoying a flick during the spooky season.

Watching The Sanderson Sisters is a Halloween ritual to me, and the possibility that I could see this show on Broadway has me freaking out. Hocus Pocus‘ director Kenny Ortega recently spoke to Forbes on his desire to bring the film to the stage.

“I’d love to do Hocus Pocus on Broadway. Perhaps Thomas Schumacher, the president of Disney Theatrical Group, would give me a call, and we could talk about it. He’s a great man, and he’s done an incredible amount of amazing theater work with the Disney company. They put out High School Musical, not as a Broadway production, but toured it all over very successfully on ice and in theaters across America. I mean, look at the success of Newsies, which won Tony Awards for Alan Menken as well as for the choreography. I think a Hocus Pocus musical would be great fun, really great fun.”

Let’s dissect this because if you are overwhelmed with excitement like me, we need to breathe.

For those of you who don’t know Kenny Ortega, he is the guy who made High School Musical happen. He directs hit after hit and, in my opinion, would be the perfect person to bring Hocus Pocus to Broadway. He also already has connections with Disney so this pairing is highly likely. And of course this is just my theater school brain running wild – but he mentioned Alan Menken’s work in Newsies, and I cannot picture someone better to score Broadway’s Hocus Pocus. And yes, I definitely think Hocus Pocus would need to be — Hocus Pocus: The Musical.

Well Disney, if you need more convincing, let me continue.

Mickeys Not-So-Scary Halloween Party (a.k.a MNSSHP) has one of the best nighttime shows: Hocus Pocus Nighttime Spectacular. The show brings in Disney villains but is hosted by the Sanderson Sisters and it is the highlight of the night. It brings in huge crowds, and if you are like me you might even watch it twice. Seeing the success of the sisters on the Magic Kingdom stage, to me, sounds like a projection of how well it could do on Broadway.

So what do you think? Do we need Hocus Pocus on Broadway? Let us know in the comments below.