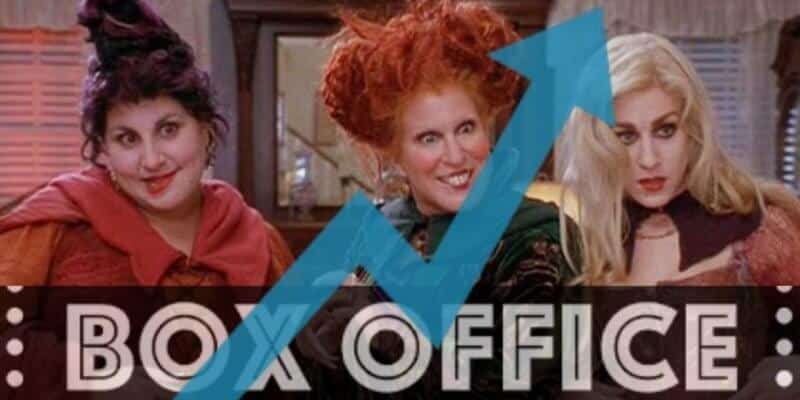 Everyone’s favorite Disney Halloween film, Hocus Pocus, has returned to theaters for the spooky season and it has not disappointed!

Nearly 30 years after its initial release, the popular Halloween film, Hocus Pocus, is once again at the top as it’s one of the hottest movies at the box office right now.

Related: New Hocus Pocus Board Game Will Put A Spell On You

According to Deadline, Hocus Pocus is doing extremely well at “2,570 theaters on its way to what looks to be a $1.6M-$1.8M estimated weekend in the No. 2 spot behind Tenet.” These numbers are also after the cult classic debuted on Freeform just one night earlier on October 1 — Meaning, people are still looking to go to the movie theaters even though they can see certain movies at home without paying extra.

’TIS TIME … Join me to celebrate the first night of #31NightsOfHalloween  on 10/1 at 9pm ET as I live tweet #HocusPocus on @Freeform to raise awareness for the New York Restoration Project! Learn more about @NYRP and Hulaween at http://NYRP.org

Related: New ‘Hocus Pocus’ Loungefly Will Put a Spell on You

You can also watch Hocus Pocus on Disney’s streaming service, Disney+. The official description of the popular Halloween film reads:

Are you planning on seeing Hocus Pocus in theaters? Let us know in the comments.