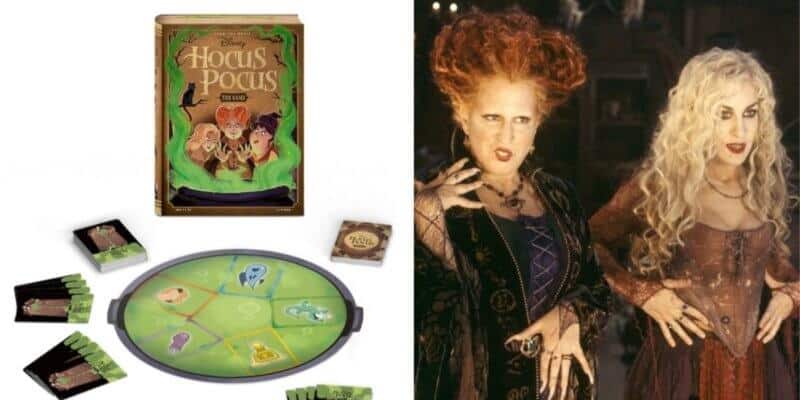 Attention Hocus Pocus fans — You’ll want to check this out.

There will be a brand new Hocus Pocus board game coming out in time for this Halloween season! That means you can play the Hocus Pocus game with your sisters while watching the Sanderson Sisters in the movie! (Double the fun!)

At the Toy Fair 2020, Ravensburger officially announced the release of a new, family fun board game all themed around the Halloween classic — Hocus Pocus.

According to Red Tricycle:

Players will work together to ruin the potions concocted by the legendary Sanderson sisters to save the lives of Salem’s children before the sun rises! Fans of the movie will recognize favorite spells, appearances by characters like Binx the cat and Billy Butcherson, and for an extra bonus, the game box is designed to look like none other than “Book.” The game includes plenty of other creepy details you love about the film, but the fantastical illustrations are tame enough for even your youngest gamers.

The new Hocus Pocus board game is available for purchase on July 26 but you can pre-order now on Amazon. The game is for players ages 8 & up.

Are you planning on getting the new Hocus Pocus board game? Let us know in the comments.