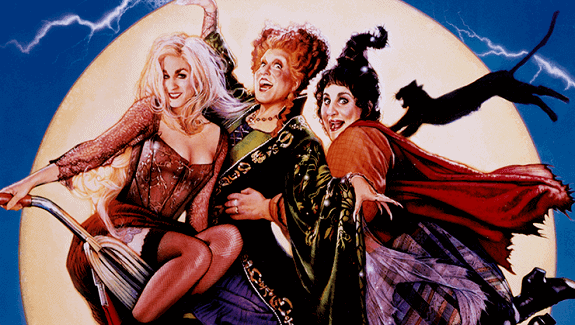 The film which made Winnie, Mary and Sarah witch and famous, was not originally a “Halloween” movie. 25 years ago, on July 16, 1993, “Hocus Pocus” first cast its theatrical spell.

The popularity of this spellbinding adventure has practically run amuck. As the Sanderson sister sensation celebrates its silver anniversary, new and enchanting merchandise, sequel stories and experiences have been conjured up to mark the event.

While the motion picture might be 25 years old, the story “originates” over 300 years ago just outside of Salem, Massachusetts. After taking the life force of young Emily Binx, and transforming her brother to become an immortal black cat, the Sanderson witch sisters are executed for their crime. As the sentence is passed, Winifred’s spell book sets a curse ensuring the witches eventual return. 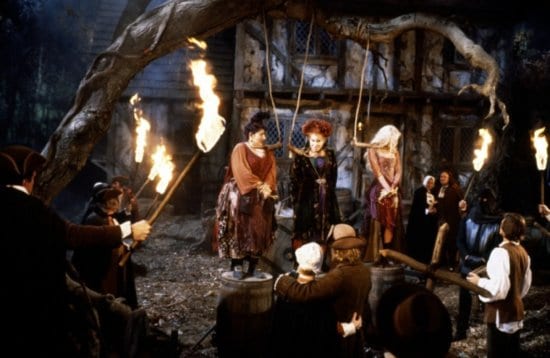 Four hundred years later, the Winnie, Marie, and Sarah return to modern Salem. New to Salem and skeptical of the witch’s story, Max Dennison, trying to impress Allison Wats (whose family owns the Sanderson sister’s old home), inadvertently sets the curse in motion, resurrecting the sisters. Hoping to feed on the souls of more children, the sisters begin their reign of terror. Halloween horrors ensue as Max, his younger sister and Allison, with the help of black cat/Thackary Binx, must stop the troublesome trio before sunrise. 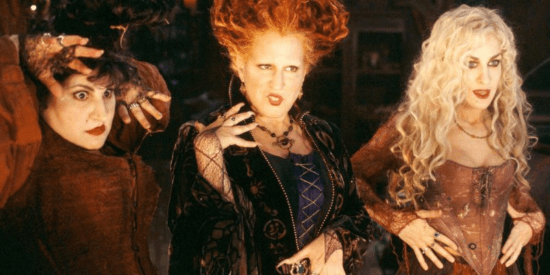 Witnessing witches attempts to acclimate with modern culture and technology provides a comedic balance to the sister’s sinister scheme, spooky spell book, zombies and cemeteries that can be a bit frightening to young audiences. From sight gags like broom replacing flying vacuum cleaners to sibling bickering, lighthearted moments in the ninety-minute movie serve to endear fans with the Sanderson sisters. 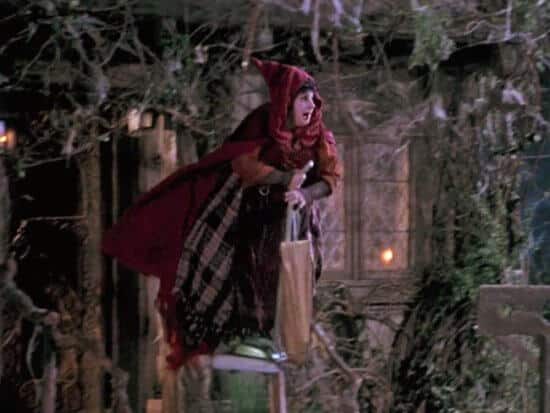 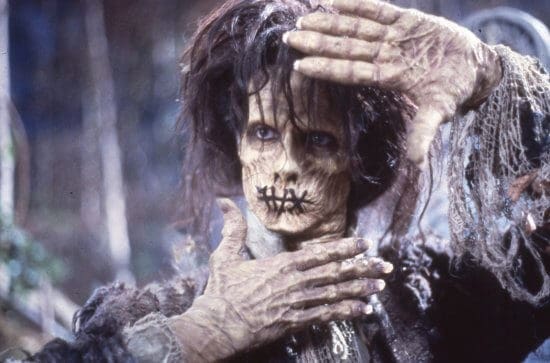 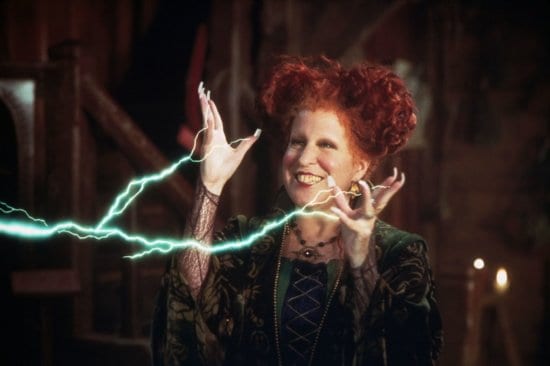 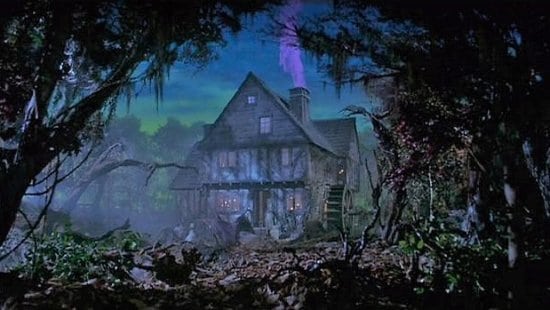 “Hocus Pocus 2: Rise of the Elderwitch” was teased in 2014, though it was not going to have the original cast return. Tina Fey was listed as the project’s director, according to a July 2014 story from Dread Central. However, it now appears that Disney is preparing a reboot of the original with a new cast. This time, the show is set to air as a Disney Channel Original Movie (with a new cast and director).

Earlier this year Disney Books released “Hocus Pocus and the All New Sequel.” Written by A.W. Jantha and illustrated by Matt Griffin, the young adult novel is divided into two parts. Part one retells the original story while part two transpires 25 years later with Max and Allison’s daughter taking the lead. 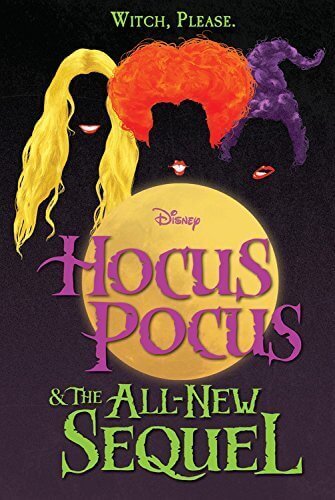 Of course, Freeform again includes the famous film in their 31 Days of Halloween line up.  The Disney owned channel takes things a step further with the addition of 25th anniversary TV special and a “Hocus Pocus” Halloween House (shared with “The Nightmare Before Christmas,” which also celebrates its 25th anniversary.

Salem’s infamous wicked witches, Winfred, Mary and Sarah have enchanted fans for 25 years. From film to stage, along with new novelized adventure, the Sanderson sisters seem to have realized their wish of immortality after all.

What is your favorite “Hocus Pocus” moment?  Please cast your spell in the comments.