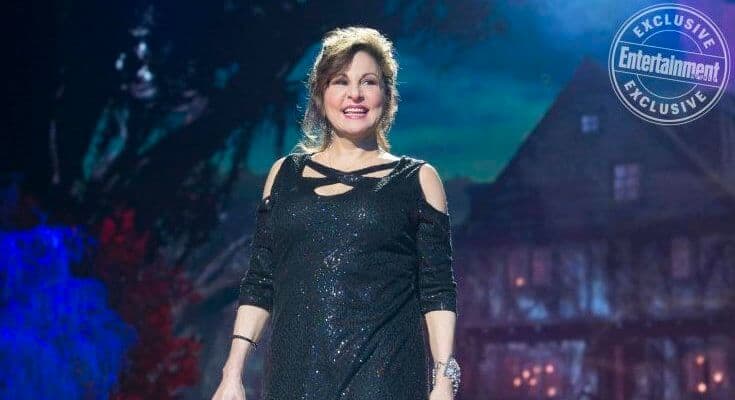 Last Tuesday, Freeform celebrated the 25th anniversary of Disney’s “Hocus Pocus” with the “Hocus Pocus 25th Anniversary BASH,” a star-studded TV special that featured cast members from the original film. Here are some images from the spooky special’s taping.

Premiering on Freeform October 20, during the cable channel’s “31 Nights of Halloween,” the special featured all of the main stars from the original film, including Omari Katz (Max), Thora Birch (Dani, Max’s kid sister), the town bullies Tobias Jelenik (Jay) and Larry Bagby (Ernie “Ice”), Doug Jones (Billy Butcherson), Vinessa Shaw (Allison), Amanda Shepherd (the ghost of young Emily, a child murdered by the Sanderson sisters in the days of the Salem witch trials), and one of the famous Sanderson sisters, Kathy Najimi (Mary Sanderson).

The special began with a warm welcome from the film’s director, Kenny Ortega, who said that the taping had received such a massive turnout of audience members that they had to turn people away at the door.

The ghoulish celebration also included appearances by Sharon and Kelly Osbourne, who judged the event’s costume contest. Below you can see one of the highlights from the competition.

When speaking to EW about the special’s taping, Ortega described the event as “wish fulfillment,” and overall it was “an absolutely incredible anniversary celebration.”

Be sure to tune into Freeform on Saturday, October 20, during Freeform’s 31 Nights of Halloween to see the special for yourself.

Are you going to tune into Freeform to see this anniversary special? Let us know in the comments below!