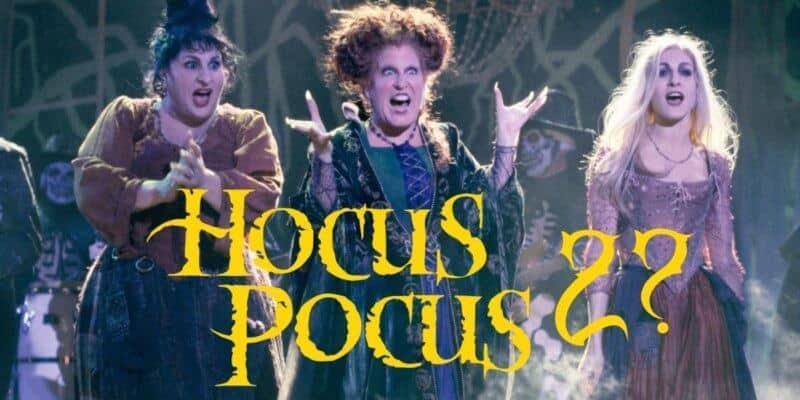 Rumors have been circulating surrounding a sequel to the Halloween cult classic Hocus Pocus. Fans everywhere have been anxiously waiting for The Sanderson Sisters to reunite and take over Salem once again in a Hocus Pocus 2. And now, after 27 years, we may finally have some answers as to who will be in the sequel.

It wasn’t long ago that Bette Midler, Sarah Jessica Parker, and Kathy Najimy, known for playing The Sanderson Sisters, announced they would be reuniting for a virtual event called “In Search of the Sanderson Sisters: A Hocus Pocus Hulaween Takeover”.

During a recent interview with Fox 5 New York’s Good Day New York, Midler was discussing what fans can expect during this virtual event. Midler was asked, “So it’s a new version of a movie?” in which Midler responded with “No, no, no, no… This fundraiser is called Hocus Pocus Huluween because it is themed for Hocus Pocus. It’s like a Hocus Pocus reunion. Everyone from Hocus Pocus is in it but it’s not the movie.”

But then she went on to say that the original cast of Hocus Pocus would very much be interested in reuniting for a sequel! “They want to make a movie, they’ve asked us if we were interested and of course all of us said yes,” Midler explained. “I’m game, I’m totally game.”

Related: Hocus Pocus sequel might be in the works for Disney+

You can watch the full interview with Good Day New York here.

Do you want to see a Hocus Pocus sequel? Let us know in the comments below.