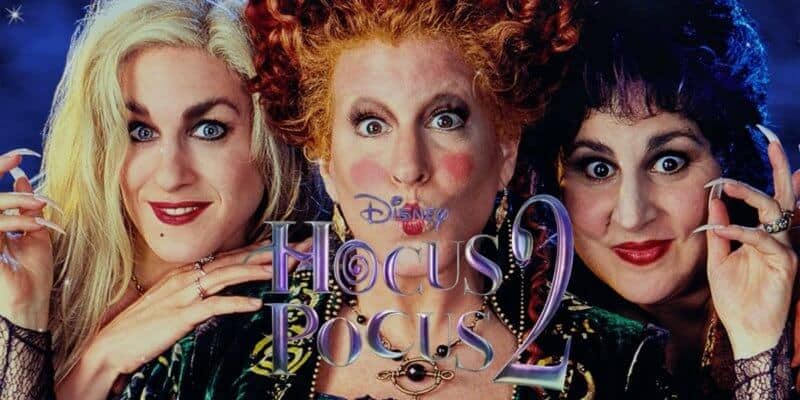 Fans were ecstatic when Disney announced that the Sanderson Sisters would be returning for a Hocus Pocus sequel.

Now, as we inch closer to the Fall 2022 debut, additional details are being revealed surrounding the storyline of Hocus Pocus 2.

We already know that Bette Midler confirmed she and her “sisters,” Sarah Jessica Parker, Kathy Najimy, will return for the sequel. Fans are also hoping to see Max Dennison (Omri Katz) and Allison (Vinessa Shaw).

Now, as reported by The Illuminerdi, we know the movie will follow a high school-aged girl named Becca. Becca is a loner who does not have many friends and a stepmother she really dislikes. Per their report:

At this time, we do not have any additional details surrounding Hocus Pocus 2, but we can look forward to the return of Bette Middler, Sarah Jessica Parker, and Kathy Najimy as the Sanderson Sisters.

Inside the Magic will continue to update you as we get information surrounding the highly anticipated sequel.

Hocus Pocus 2 will debut on Disney+ in Fall 2022. If you are not yet signed up for Disney’s streaming service, you can subscribe online here.

Are you excited for when Hocus Pocus 2 debuts on Disney+? Let us know in the comments below.

Comments Off on Possible Story Details Revealed For ‘Hocus Pocus 2’