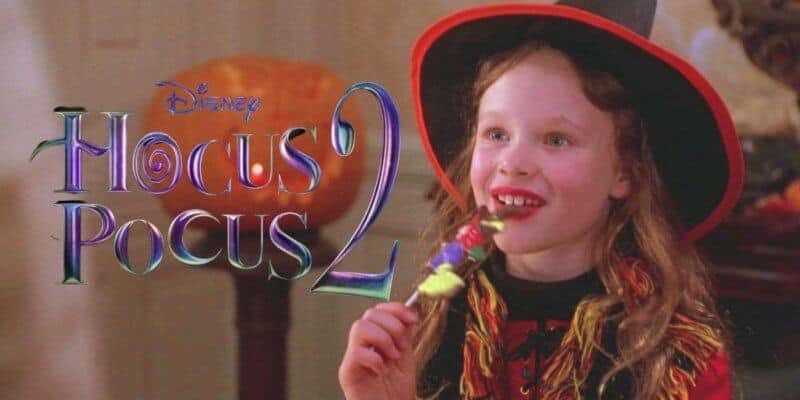 Last December, Disney confirmed that fans of the 1993 cult classic Hocus Pocus will be getting the sequel they’ve been waiting for! The Sanderson Sisters will be returning in Hocus Pocus 2, which is currently already in development.

Though we don’t know too much information surrounding the sequel yet, Bette Midler has confirmed that she and her “sisters,” Sarah Jessica Parker, Kathy Najimy, will return for the sequel. Fans are also hoping to see Max Dennison (Omri Katz) and Allison (Vinessa Shaw).

But the film wouldn’t be complete without Max’s little sister, who isn’t afraid to speak her mind, Dani!

Well, it looks as though Hocus Pocus fans may be in for a real treat as Thora Birch, who portrayed Dani in the first film, took to Twitter to share a GIF of Winifred Sanderson (Bette Midler) along with the caption:

Though there has been no confirmation on if Birch will return as Dani in Hocus Pocus 2, this Tweet does hint that she will be involved in the upcoming sequel.

But that’s not all because Birch mentioned 2022 — Indicating that the sequel could be coming to Disney+ next year! (We are guessing October to celebrate the spooky season.)

This comes just a few days after Adam Shankman, who, originally would be directing the film but had to step down due to other commitments, shared that “exciting news” would be coming soon relating to the Sanderson Sisters.

At this time, Disney has not confirmed when Hocus Pocus 2 will be coming to Disney+ or if Birch will return for the sequel, but Inside the Magic will update you as we get information.

Are you excited for Hocus Pocus 2? Let us know in the comments below.