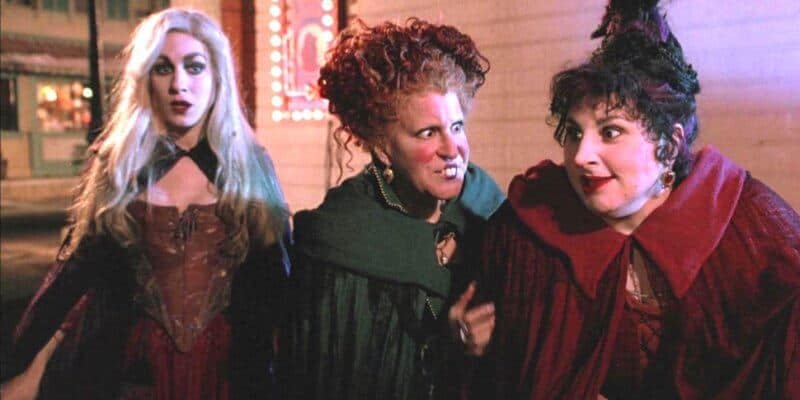 Even when it is not a spooky season, many Halloween fans are always looking for more information on the second Hocus Pocus film, considering how much of a hit and cult-classic the first one is within not only the Disney community but society as a whole! Some may even say that the Sanderson sisters put a spell on us, and now we’re theirs!

When Disney announced that Hocus Pocus 2 would be returning, it was under the impression that Adam Shankman (Hairspray) would lead the way as a director. Since then, we have heard that the Untitled C / W Project (listed as Shankman’s most recent IMDB project) had Bette Midler (Winifred), Sarah Jessica Parker (Sarah), and Kathy Najimy (Mary) attached, all three actors loved the script, and that location scouting had begun. Although that does not mean filming is underway just yet, it was all positive news and major steps forward.

However, now we have received the news that Shankman will no longer be directing.

Director and choreographer Anne Fletcher (The Proposal) is now set to be directing the film, which is looking to begin this summer/fall. It seems that since Shankman is directing Disenchanted, the sequel to Enchanted, during the summer, the two timelines did not match up. Originally, the replacement rumors were just that, but now, the swap has been confirmed!

That being said, the two directors are friends! They worked together on Step Up, and Shankman has been a sort of mentor to Fletcher. Knowing this, it seems that the film is still moving in a great direction, which is fantastic news for Hocus Pocus fans.

Recently, we also discussed that many Hocus Pocus fans like myself are very curious by now to know what the script is about and what storyline will take place. Last we saw, the Sanderson Sisters were banished from Salem forever. But Disney did recently release a sequel to the film in the form of a novel, which could present a possible plot that the next film could potentially follow.

We would assume that to make this work, Max (Omri Katz) and Allison (Vinessa Shaw) would need to also sign onto the sequel. At the moment, there has been no confirmation that the two have been cast, so the novel’s sequel may be quite separate from the film. Right now, this is purely speculation at this point, and Disney has yet to confirm a specific plot for the Hocus Pocus sequel.

We will need to wait and see for further Hocus Pocus 2 developments!

What do you think Hocus Pocus 2 will be about? Share your predictions with us in the comments.

Comments Off on ‘Hocus Pocus 2’ Replaces Director – Is Everything On Track?