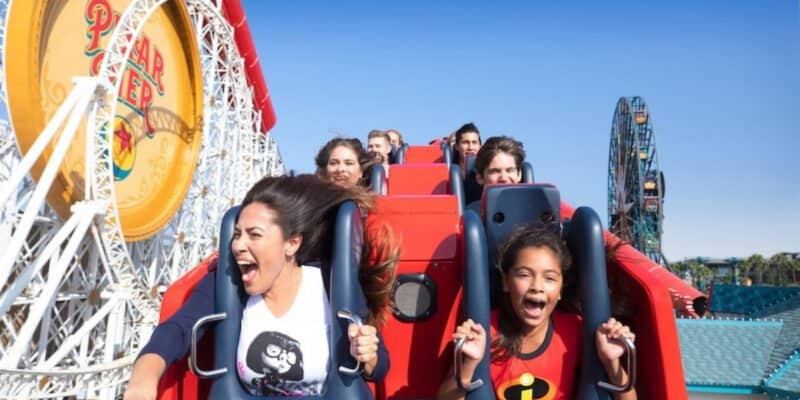 Today, the Disney Parks Blog officially announced that the Disneyland Resort and Walt Disney World Resort are retiring their free version of the FastPass/FastPass+/FASTPASS system and introducing a new, paid system within the Disney Genie platform in the Disneyland and My Disney Experience apps.

However, Disney fans aren’t happy that soon you’ll have to pay for FastPasses at Disney theme parks. The new system will be introduced this fall, and already reactions are pouring in.

The FastPass systems present in Disney Parks worldwide came with issues, but overall allowed Guests vising a Disney theme park to decrease their wait times for popular attractions, such as Space Mountain in Tomorrowland or the Haunted Mansion, significantly.

Coming out of the COVID-19 era and introducing a flurry of new upgrades coming to both the Walt Disney World Resort and Disneyland Resort this fall, The Walt Disney Company unveiled theDisney Genie+, a new, paid iteration of the original FastPass system.

Here are the specific details for released by the Disney Parks Blog regarding how the new system will work:

Boiling down the information above, the free FastPasses at Disneyland Park, Disney California Adventure Park, and all four theme parks at the Walt Disney World Resort, including the Magic Kingdom and Disney’s Animal Kingdom, will be a thing of the past.

Instead, future Guests visiting the Disney Parks and wishing to make FastPass selections from their mobile devices can purchase the Disney Genie+, an integrated system that is part of the free Disney Genie planning platform within the Disneyland app and My Disney Experience app. Disney Genie+ allows Guests to decrease the wait times at attractions for $15/day at Walt Disney World and $20/day at the Disneyland Resort. For a flat rate, you can make Lightning Lane (formerly called the FastPass line) selections for a variety of rides at the theme parks.

However, not all attractions fall under this new program. More popular attractions, such as Radiator Springs Racers at California Adventure at Disneyland Resort, will be available for purchase as an a la carte option. These attractions will cost an additional fee, and you can only plan ahead for two attractions a day.

In wake of this news, Disney fans are voicing their frustrations and disappointments with the upcoming paid version of FastPass at Disney World and FASTPASS at Disneyland in Los Angeles, California.

Inside the Magic readers shared their comments on our recent Facebook post about Disney retiring the free FastPass system.

I am so disgusted and upset.

Sad. Just sad. No longer a destination for middle class families. Walt would not be pleased.

I feel bad for families, I’m sure many can’t afford a Disney trip anymore

Soooo wrong! We pay enough money just to come there!! No one wants to pay more than they need too!

Jennifer is looking to the bright side:

I loved Maxpass at Disneyland. It was awesome. I’m curious to see the list of rides available. We will definitely be using this in the future.

All in all, Disney fans are voicing their opinions about the coming changes to their favorite Disney Parks in Southern California and Central Florida. In the end, Guests can still enjoy magical experiences, but they’ll be a bit different going forward. It is also important to note that while Disney Genie+ will be an available paid option starting this fall, standby queues will still be available for Guests to use.

CEO Bob Chapek has not made an official comment about the new system at the moment. There is also no news concerning the new Annual Passholder system in Anaheim, the Disney Magic Key Program, and how it will be integrated with the Disney Genie+.

Annual Passholders at the Walt Disney World Resort in Orlando can look forward to further information coming about adding the Disney Genie+ to their pre-existing park ticket plan.

FastPass/FASTPASS has been suspended at both Disney World and Disneyland since the theme parks reopened amid the pandemic, but are now coming back in a brand new way that hopefully gives guests the most magical experiences possible.

What are your thoughts on the paid FastPass program? Let us know in the comments below!