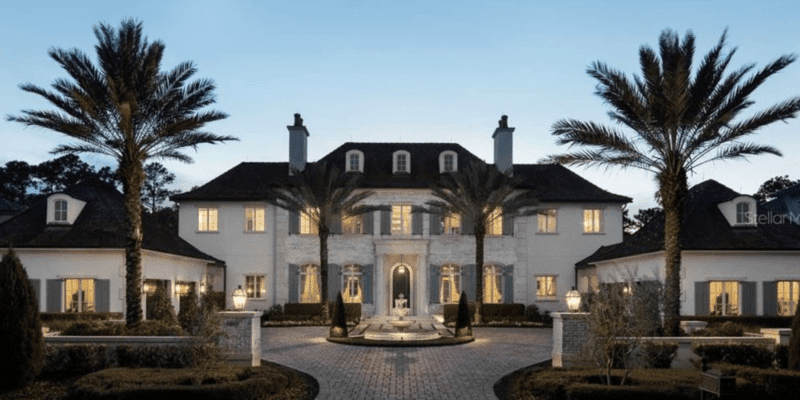 Disney’s Golden Oak development is one of America’s most magical places to call home.

The Orlando Four Seasons Resort and Residences can also be found in the Golden Oak complex.

Because of the magic of this neighborhood and its proximity to all things Disney, including Disney Parks like Magic Kingdom, EPCOT, Disney’s Hollywood Studios, and Disney’s Animal Kingdom, there is no shortage of potential suitors looking to move in.

In early November of last year, we reported that a Walt Disney World Resort home owned by Pittsburgh Steelers co-owner Robert Citrone had hit the market with some incredible amenities.

The listing for the home read:

Golden Oak at Walt Disney World Resort Home for Sale – Beauvoir is a stately French Eclectic home that transcends beauty and style. This 9, 056 square foot home is perfect for entertaining and a modern lifestyle. Formal living and dining rooms greet you as you enter, but one could quickly step onto the covered patio and enjoy the luxurious outdoor living with pool and spa and spacious summer kitchen. Beauvoir is a place of magic, a fully-realized dream estate.

Now, just a little over two months after the Central Florida mansion had hit the market, it has officially sold for $8.5 million.

“The street name is fitting for the home,” listing agent Matt McKee of the McKee Group at Compass told FOX Business. “It is truly something out of a Disney movie – the prettiest, most enchanting home within Golden Oak.”

One of the formal living spaces is decked-out in colors reminiscent of Cinderella’s ball gown (plus a literal knight in shining armor!) and the home theater is decorated with plenty of Disney attire, including posters from a number of Disney and Pixar Animation Studios films like  Toy Story, Frozen, and The Little Mermaid.

What an incredible house and there’s no doubt whoever the buyer is will enjoy being the new of owner of a little Disney magic.

Would you live in this incredible Golden Oak house AT Walt Disney World Resort?