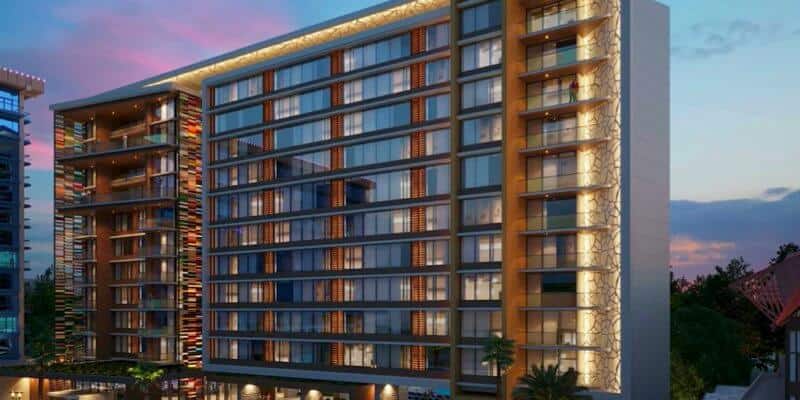 There has always been only one Disney Vacation Club property at the Disneyland Resort…until now. Disney is moving forward with construction on the new DVC tower at the Disneyland Hotel. Here is the latest update.

At this time — and for the past several years — the only Disney Vacation Club property at the Southern California Disney Parks is located at Disney’s Grand Californian Hotel & Spa. This Resort is the most luxurious hotel on Disneyland property, and staying here as a DVC member can prove to be quite difficult. Since there is only one hotel option for DVC members at Disneyland, the original Disney Park, booking a DVC villa or room at the Grand Californian is very hard to do last minute. Reservations fill up months and months in advance, and there are a very limited number of rooms available.

But the new Disney Vacation Club property at the Disneyland Hotel will change this.

Construction for the new Disney Vacation Club tower at the Disneyland Resort is currently taking place behind the pool area in between the Avdentureland tower and the building where Goofy’s Kitchen, the former Steakhouse 55 restaurant, and the convention center/meeting facilities are located.

Many Disney fans who are aware of the ongoing construction have wondered how visible or audible the construction work is currently, given the current state of the project. We are happy to report that at this time, construction is not hugely impacting vacationers.

Take a look at the images below to get an idea of how much construction can be seen when you are just meandering the hotel. Peer between the trees and beyond the blue construction wall to see some cranes and other construction equipment.

The work is visible from the bridge that goes over the pool area and leads to and from Trader Sam’s Enchanted Tiki Bar/Tangaroa Terrace. And even when you are standing on the bridge, as you can see from our photos included in this article, the construction area is concealed by plenty of trees and greenery. Most of the views of construction come from within the Monorail water slide area, the children’s play area at the Disneyland Hotel pool, or atop the water slide, in particular, though we did not take photos from over there.

During the earlier hours of the day, such as before noon when there isn’t as much activity going on around the pool, there aren’t as many people or families out swimming, and (as Trader Sam’s is not open yet) nobody is at the bar, construction can more easily be heard. However, Guests have not reported — and with the service Disney is providing as well as the music and atmosphere of the Disneyland Hotel — the construction hasn’t been too distracting, even during the day.

From what we can tell, Disney still has a long way to go before this hotel will be ready to open. Construction still seems to be in the very early phases and the structure that will eventually become the finished DVC tower is nowhere near complete (it wasn’t even visibole!). Once the hotel eventually opens, though, we know DVC members will be happy to hear “Welcome home” from a new location at Disneyland.

Are you a DVC member who is excited for the new Disney Vacation Club tower at the Disneyland Hotel? Do you plan to buy DVC points for the new DVC tower in California? Let us know in the comments!