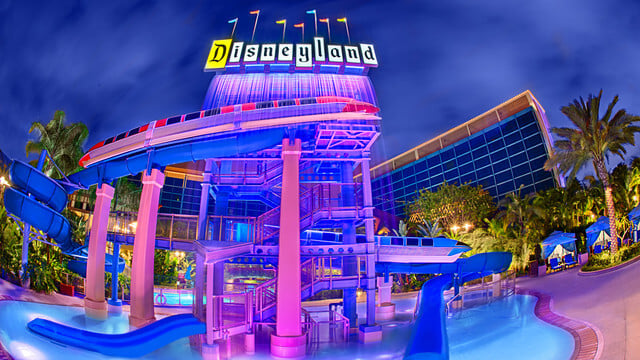 Calling all Disney Vacation Club owners and prospective buyers! It’s time to start heading to the west coast. An all-new Disney Vacation Club tower is in the works at Disneyland, and according to a new permit, it’s possibly going to be larger (yet shorter) than we anticipated.

According to the permit filed with the City of Anaheim, the size of the tower that Disney plans to build will actually have more rooms, yet it will be a shorter tower, than it was previously revealed. The permit, filed on December 27, states that the new Disney Vacation Club tower will be a seven-story building with 393 units, rather than a 12-story building with 350 units.

Currently, the new DVC tower being added to the Disneyland Hotel doesn’t yet have a name, or at least Disney hasn’t announced one. But since the three current, non-DVC towers at the Disneyland Hotel are all named after lands at Disneyland park (Fantasy Tower, Frontier Tower, and Adventureland Tower), we wouldn’t be surprised of the DVC tower followed suit.

The permit also indicates that the new Disney Vacation Club tower will have a dining location. At this time, it’s unclear whether that means it will be a table-service restaurant, a quick-service restaurant, or simply a grab-and-go location. But as Disney foodies, we’re definitely excited to have more dining options at the Disneyland Hotel, which is already home to the signature restaurant Steakhouse 55, the chacter dining location Goofy’s Kitchen, The Coffee House (where you can get Dole Whips, Joffrey’s Coffee, and amazing donuts), and the connected Tangaroa Terrace and Trader Sam’s Enchanted Tiki Bar.

As far as when the tower is opening, nothing is for certain yet. Many are saying that it is expected to open before 2022, but Disneyland officials haven’t yet made a public announcement regarding the new hotel. We’ll keep you posted as soon as we know more information.

Be sure to reach out to the Authorized Disney Vacation Planners at Academy Travel if you want to book a trip to the Disneyland Resort! Even if you plan a trip before this new tower opens, DVC owners are still encouraged to book a stay at Disney’s Grand Californian Hotel & Spa, the only DVC resort currently on the west coast.

Are you planning to book a stay at the new Disney Vacation Club tower coming to Disneyland? Let us know in the comments!