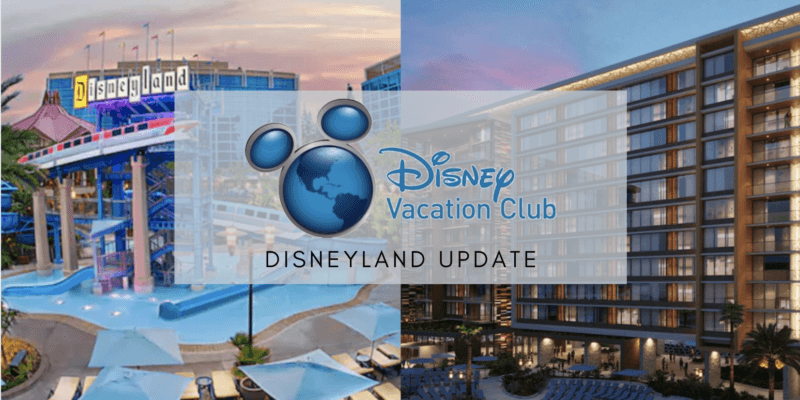 Currently, The Villas at Disney’s Grand Californian Hotel & Spa are the only Disney Vacation Club option at Disneyland Resort. That’s all about to change, though, with the addition of a brand new DVC tower at Disneyland Hotel.

A permit filed in December 2019 gave us some insight into what this new California Disney Vacation Club property has in store. It indicated that the new Disney resort tower will have “393 units” and a dining establishment. It now appears, however, that the new DLR resort hotel will have 350 rooms.

The three existing Disneyland Hotel towers have five eateries between them, including Steakhouse 55, Goofy’s Kitchen, and Trader Sam’s Enchanted Tiki Bar, which enjoys something of a cult following. There has been no word yet on what type of restaurant the new Disney Vacation Club property will have onsite.

Now, a new demolition and construction permit has been posted at the site of the Disneyland Hotel DVC tower addition! This is exciting news that shows the project is moving forward on some level, despite the Disney theme parks closure and construction suspension.

The project name is officially “Timeshare Project at Disneyland Hotel” and the permit was obtained by the Spectrum Development Group.

The as-yet unnamed Disney Vacation Club property is likely to follow the lead of the other Disneyland Hotel towers, all named after Disneyland Park areas: Adventure Tower, Fantasy Tower, and Frontier Tower.

Are you excited for this Disneyland Hotel DVC addition?

The entire Disney Vacation Club member base has been deeply impacted by the recent Disney theme parks closures and Adventures by Disney cancellations.

This week, new information was released about DVC’s Moonlight Magic events that are normally held at Disney World’s Typhoon Lagoon starting in June. Registration for the DVC member family has now been postponed until further notice.

Furthermore, there have been more policy changes for Disney Vacation Club property owners.

If you’re interested in booking a trip to Disneyland Resort when the California theme park reopens, the experts at Academy Travel can help you plan the perfect trip, whether or not you want to stay at a DVC resort. Contact their team today for a free quote!