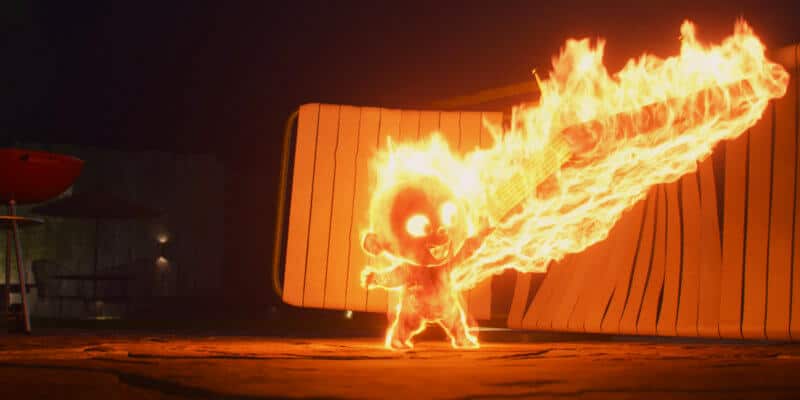 This morning, on June 24, 2021, Walt Disney World Resort gave a first look at Disney’s Contemporary Resort’s reimagining. The Deluxe Resort, which opened with Magic Kingdom Park on October 1, 1971, was the height of modernism in the early 1970s, but had become a bit dated over the years.

In January 2021, Disney confirmed that the Resort would be reimagined in some way, but did not provide many details about the refurbishment.

Now, Disney Parks Blog has provided Disney Park fans with some exciting information about the Incredibles refurbishment that will bring beloved Pixar characters to the Contemporary for the first time:

The news of the character-inspired renovation, however, has Disney fans online split. Disney World Guests also had strong opinions about the Moana retheme [below] at Disney’s Polynesian Village Resort, which was announced last year and is nearing its completion.

Some Guests feel that characters should not be incorporated into Resort hotels on Disney theme park property, while others enjoy the experience of seeing their favorite Disney characters added to Resorts in subtle ways. Here’s what fans are saying about the latest Disney World Resort retheme featuring Pixar characters.

Brian Drew doesn’t think that characters need to be added to every space on Disney Park property, and called out Walt Disney Company CEO Bob Chapek:

This is what happens when the CEO believes EVERYTHING should be branded. Yowza.

This is what happens when the CEO believes EVERYTHING should be branded. Yowza.

Shibby, however, has taken the opposite view and loves the newly reimagined Guest rooms:

I always said I’d never stay at the Contemporary because the theming was too bland and the resort felt more like a corporate office than a luxury resort.

With this retheme, I may consider staying there for future vacas!

I always said I'd never stay at the Contemporary because the theming was too bland and the resort felt more like a corporate office than a luxury resort.

With this retheme, I may consider staying there for future vacas! ? https://t.co/PoIJkxE5R6

Disney fans on Instagram also have many thoughts about the retheme and shared them in the comments of the announcement shared by Disney Parks Blog, which, at the time of this article’s publication, boasts over 18,000 likes and nearly 400 comments so far.

This is okay for All Stars, not a deluxe resort. The character saturation is getting over the top.

We’ve stayed at the Contemporary Resort and the look of the new rooms to me just look cheap. This does not look like a deluxe resort. I’m not sure why Disney is want to slap characters on anything and everything.

This would be nice if the usage of IP was subtle instead of in your face. I won’t be staying here anymore.

There are some Disney Instagram followers, however, who love the new look! Allyson (@magicandwishes) shared:

Stop it right nooowwwww this looks so AMAZINNGGGG!! Aw this will make so many people happy, YAYYYYY!!! I love it!

As you can see, while some Disney fans are happy about this Disney-Pixar reimagining at Disney’s Contemporary Resort, the announcement was met with quite a lot of backlash.

What do you think about the Contemporary Resort’s room redesign?