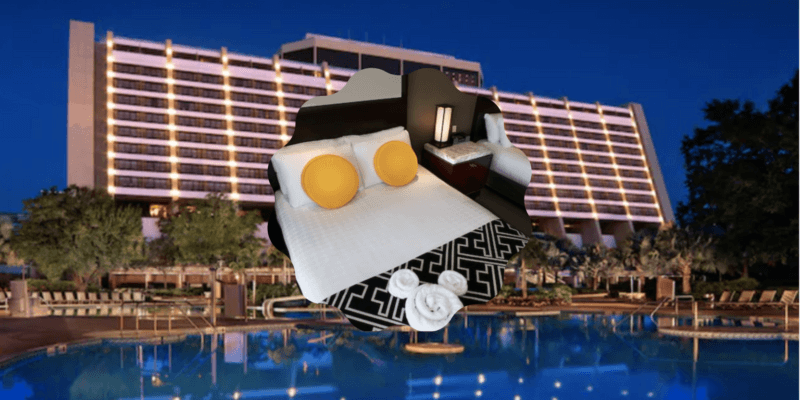 Disney’s Contemporary Resort — a Deluxe Resort at Walt Disney World in Orlando, Florida — was one of the original hotels when the theme park property opened on October 1, 1971.

This is the only Disney World hotel that the Resort Monorail actually passes through (you can see it inside the resort above!), which is a delightful treat for both Guests at the Resort and passengers on the popular transportation system.

Although the hotel was certainly the epitome of modernity when it opened in the early 1970s — and even after more recent refurbishments — Disney has opted to do even more updates and will be performing room refurbishments beginning this spring.

Further details, including start and end dates for the renovation, are not available at this time, but the ITM team will continue to provide updates as they are released.

An exact reopening date for the pool has not been announced.
Are you excited about this new room refurbishment at Walt Disney World?
Remember, the expert team at Academy Travel is ready to help you plan a magical vacation to all of Disney World’s four theme parks — Magic Kingdom, EPCOT, Disney’s Animal Kingdom, and Disney’s Hollywood Studios — at no extra charge.