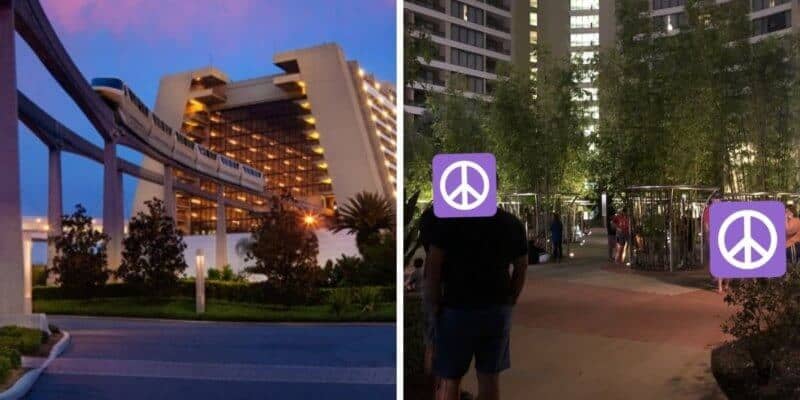 Late last night, it looks as though Bay Lake Tower at Disney’s Contemporary Resort in Orlando, Florida — which is walking distance from Magic Kingdom — was evacuated.

In case you aren’t familiar, Bay Lake Tower at Disney’s Contemporary Resort is described as:

And today, we’ve seen that reports are coming in from Twitter of a possible false fire alarm going off in the middle of the night at the Disney Resort. One Twitter user writes “No fire in the Bay Lake Tower but the alarm has us all nice and awake. Breakfast at The Wave in like 5 hours.”

No fire in the Bay Lake Tower but the alarm has us all nice and awake.

Another Twitter user posted a photo on Twitter showing how the Guests had to be evacuated from the building for safety reasons. He writes “Middle of the night evacuation out of Disney’s Contemporary Resort (security indicated we can go back our rooms)”.

Middle of the night evacuation out of Disney's Contemporary Resort (security indicated we can go back our rooms) cc @DavidBegnaud@AnthonyQuintano pic.twitter.com/ME4GHWSQOB

At this time, we at Inside the Magic are unsure of why Disney’s Contemporary was evacuated, but we are glad to see everyone is safe. We will continue to update you as we get more information.

More Incidents at Disney Parks in 2020

Also in 2020, we reported that a construction crane located at Disney’s Swan and Dolphin hotels caught on fire after suddenly being struck by lightning. You can read more about this fire here.

Over at Disneyland in California, a fire unexpectedly broke out back in February, leading to a power outage. Guests had to evacuate from a couple of different areas of the theme park. You can read more about this here.

Like we mentioned, Disney’s Contemporary Resort is walking distance to Magic Kingdom — But if you prefer, you can also take the monorail over to the Disney park! The Resort monorail runs direction through the Disney Resort and also makes stops at the Ticket and Transportation Center, Disney’s Polynesian Resort and Disney’s Grand Floridian Resort and Spa.

Disney World describes this resort as:

Were you visiting Disney’s Contemporary Resort when it was evacuated? Let us know in the comments below.