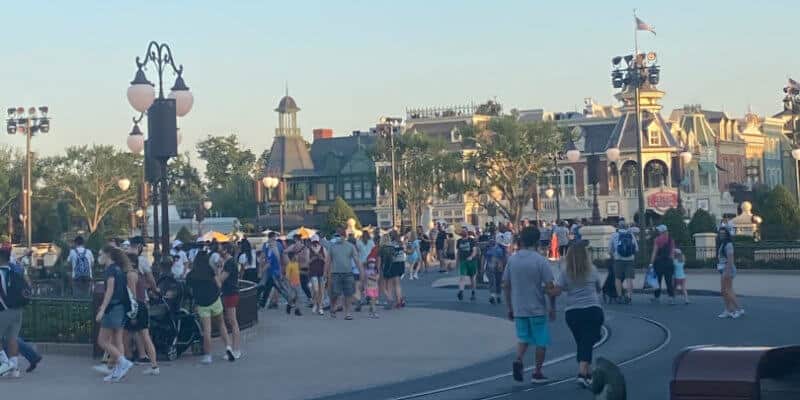 When the theme parks at Walt Disney World Resort first opened, the limited capacity that was put into place stood at 25%. Then, in November 2020, Disney CEO Bob Chapek announced that Walt Disney World Resort increased its capacity for the theme parks — Magic Kingdom, EPCOT, Disney’s Hollywood Studios, and Disney’s Animal Kingdom — by nearly 50% of what the parks were operating at before — now operating at a 35% capacity limit.

So, we wanted to know if Disney World did decide to increase capacity again, would Guests feel comfortable visiting the theme parks? Well, we asked our Inside the Magic audience and that exact question the responses were pretty shocking!

It is important to note that Disney World has not announced a change in the current capacity or social distancing measures at the theme parks or hotels. At the time of this article’s publication, theme park capacity is still limited. The last comment that Disney CEO Bob Chapek made regarding capacity was in February — read more here.

Related: How to Avoid Crowds at Disney’s Hollywood Studios

Would Disney World Guests feel comfortable with an increased capacity?

The Miller Family (@disneywiththemillers) explained that they feel comfortable since they are fully vaccinated:

I’m fully vaccinated and as long as they continue to require masks, I would be okay.

Another Inside the Magic follower who goes by @sweetpea0830 said they would feel okay with an increased capacity at the theme parks, including Magic Kingdom, EPCOT, Disney’s Hollywood Studios, and Disney’s Animal Kingdom, as long as more locations and offerings within the theme parks opened as well:

I would feel comfortable but more needs to open. More dining, and more shows to help.

Steve (@drumz5) explained that he trusts Disney to operate as safely as possible throughout this unprecedented time:

I trust Disney to make it safe

On the other hand, there are several fans who feel that not enough people are vaccinated quite yet, and they wouldn’t feel comfortable if Disney World increased capacity.

Too many people aren’t vaccinated

I don’t think it’s a good idea to sardine people into a park just because you can.

Inside the Magic follower, @gbello67, expressed that an increased capacity would be okay as long as it does not go above 60%:

And lastly, Disney lover @ocsleevedmomma explained that if there was an increase in capacity, there would be too many people:

We do want to note that despite Governor DeSantis stating Walt Disney World could resume operations at full capacity last year, Disney is deciding to continue operating at a limited capacity as they continue to listen to recommendations from the Centers For Disease Control and Prevention (CDC) and the guidance of other health officials.

In case you aren’t familiar with the Disney Park Pass system, the Orlando Disney Resort implemented this new reservation system when the theme parks reopened in July 2020 as a way to manage capacity. Now, to visit a Walt Disney World theme park — Magic Kingdom, Disney’s Hollywood Studios, EPCOT, or Disney’s Animal Kingdom — Guests must have both valid admission and a Park Pass reservation.

Would you feel comfortable if Disney World decided to increase capacity? Let us know in the comments below.