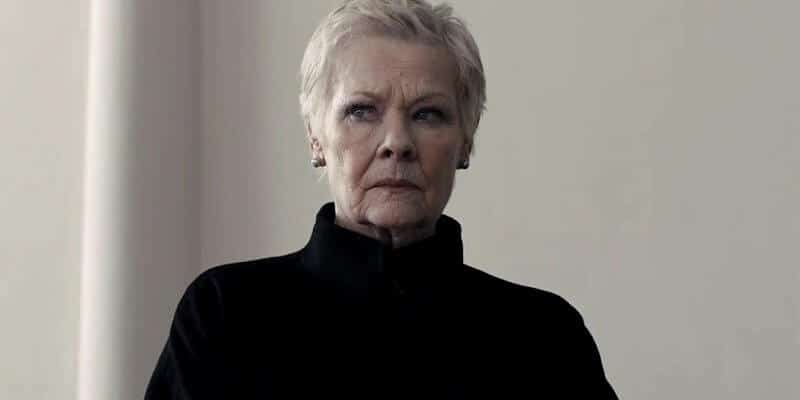 Dame Judi Dench is acting royalty. Her acting career began in 1959 and over the course of the following decades, she has played roles from M in the James Bond franchise to Queen Elizabeth in Shakespeare in Love (1998), a role for which she became an Oscar winner.

Now, it has been revealed that the legendary actress was supposed to join another major film franchise — Star Wars!

In the scene [below], which never made it into the final cut of the film, we see Jedi Rey (Daisy Ridley) and Poe Dameron’s (Oscar Isaac) droid, BB-8, talking to an older woman in what appears to be a private residence.

Related: Lucasfilm Shares Rebel Bases That Never Made It Onscreen

Another random shot from Star Wars: The Rise of Skywalker. In an earlier version of the script, Rey would have sought out the original designer of the Millenium Falcon [sic: Millennium Falcon] to find a piece of hardware that could stop the First Order armada. Dame Judy Dench was on the wishlist for the role, and would have been great. Rey finds her on yet another desert planet of course, and her home would have been carved into the top of a spectacular mesa. I was just tasked with adapting a piece of reference provided by the art department into an interesting interior.

In the title of the piece, Saunders refers to the building as “The Shipbuilder’s Home”.

From Saunders’s caption, it seems that Dench’s character would probably have played a role in Rey, Dameron, and Finn’s (John Boyega) primary goal of finding the Sith Wayfinder and, ultimately, the trio’s quest to find Emperor Palpatine’s (Ian McDiarmid) cult of loyalists on Exegol.

Even though Judi Dench never made it into the Star Wars sequel trilogy, it’s incredibly cool to imagine what the original designer of our favorite Corellian light freighter might have been like. We have to wonder if she ever met Han Solo (Harrison Ford) and Chewbacca (the late Peter Mayhew/Joonas Suotamo) during their adventures across the galaxy.

Plus, with nearly a dozen new Star Wars series set to debut on the Disney+ streaming platform over the next several years, who’s to say we won’t eventually see Dench make her Star Wars universe debut?

It’s certainly an exciting time to be a Star Wars fan as the franchise continues to expand beyond the prequel trilogy, the original trilogy, and the sequel trilogy — the latter of which divided fans as Rian Johnson and JJ Abrams took the galaxy in directions that many movie goers didn’t like.

Some, for instance, were upset that Rey took the name “Rey Skywalker”, while others would have preferred Colin Trevorrow’s initial conclusion to George Lucas’s Skywalker Saga.

Would you have liked to see Dame Judi Dench in the Star Wars galaxy?

Dame Judi Dench, despite suffering from age related macular degeneration, currently has two projects in the works. Off the Rails and Kenneth Branagh’s Belfast are both slated to release later in 2021.

You can currently catch the full Skywalker Saga, starting with Star Wars: Episode I – The Phantom Menace — plus hit Jon Favreau and Dave Filoni series, The Mandalorian — streaming on Disney+ anytime.