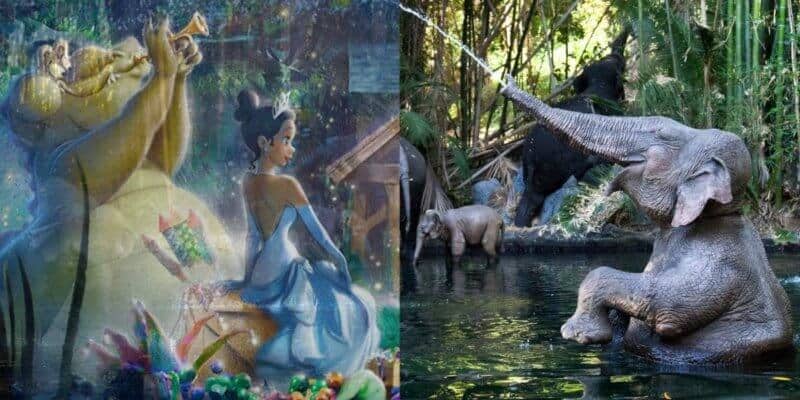 Walt Disney once said, “We keep moving forward — opening up new doors and doing new things — because we’re curious. And curiosity keeps leading us down new paths.” That is still true to this day.

The Disney Parks around the world are continuously growing and changing in order to keep up with the current times — whether that means performing minor refurbishments to ensure ride vehicles are operating correctly or reimagining an entire ride theme because it is outdated.

Sometimes it can be hard to keep up with everything currently happening at the Disney Parks. That is why we put together a guide to everything from minor ride refurbishments to major ride rethemes that you need to know if you are planning to visit Disneyland Resort or Walt Disney World Resort in the upcoming years.

If you are ready to book a Disney vacation, click here!

In early December 2019, Disney announced Haunted Mansion in Disneyland would be undergoing a lengthy refurbishment all throughout 2020. However, as we all know Disneyland Resort closed in March 2020 due to the current pandemic, and so many thought the refurbishment would be extended, but this wasn’t the case.

During the theme park closures, Disney continuously worked to update attractions at the theme park, including the Haunted Mansion, and Guests can expect this classic attraction to reopen when Disneyland Park reopens sometime in 2021.

The Tomorrowland Transit Authority located inside Tomorrowland at Magic Kingdom at Walt Disney World has been closed since before the temporary park closures, which began in March 2020. Once the theme parks reopened mid-July 2020, Guests were hoping to see the PeopleMover open back up with the rest of the attractions, however, this wasn’t the case.

The Walt Disney World website eventually listed this ride as under refurbishment, but ever since then, the attraction’s reopening has experienced several delays. At the time of publication, the Tomorrowland Transit Authority is scheduled to reopen on March 1, 2021 — but as always, this is subject to change.

Rides That Will Soon Be Slightly Reimagined

In regard to rides that are undergoing changes a bit larger than just a refurbishment, let’s take a look at the opening day attraction, Jungle Cruise.

It wasn’t long ago that Disney Parks made a huge announcement regarding a retheme of the iconic ride, located at both Disneyland and Walt Disney World. The fan-favorite theme park attraction will soon tell a brand-new story called Rivers Journey.

The new version of the attraction is part of Disney’s efforts to tell diverse, inclusive stories across the theme parks.

Disney Parks Blog shared that the company is “building on the story of the Jungle Cruise at both Disneyland park at Disneyland Resort and Magic Kingdom park at Walt Disney World Resort to include new adventures that stay true to the experience we know and love — more humor, wildlife and skipper heart — and also reflect and value the diversity of the world around us.”

At this time, we do not have a date as to when Disney will make these changes, but Inside the Magic will keep you updated as we get information.

Do you want to book a Disney vacation? Get started today!

In late 2019, Disneyland Resort announced that the classic Fantasyland attraction Snow White’s Scary Adventures would be getting a renovation. However, not long ago Inside the Magic reported that the remodel also includes a name change — Snow White’s Enchanted Wish — as well as some updated enhanced story details as well as all-new scenes!

You can read more about the updates for this classic attraction here.

The EPCOT attraction was supposed to get a huge makeover in time for EPCOT’s 40th birthday in 2022; however, not long ago Disney confirmed the delay of Spaceship Earth’s ride refurbishment due to the pandemic.

We can still expect them to move forward with the project sometime in the future even though we do not have an exact timeline at this moment.

One Disney Ride Will Soon Have a Major Change

In June 2020, Disney made a huge announcement that had fans talking. After a petition coincidentally made its rounds on the internet, Disney Parks announced that the classic theme park attraction Splash Mountain — which opened in the late ’80s and early ’90s at the California and Florida theme parks — would be rethemed to the 2009 Disney Princess animated movie The Princess and the Frog.

When it came to the reasoning for retheming this iconic attraction, Disney shared:

Which of these ride rethemes or reimaginings are you looking forward to most? Let us know in the comments below.