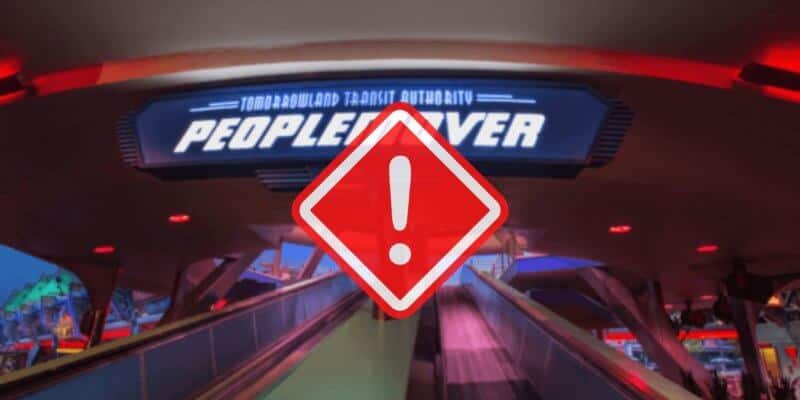 Just as we thought that the Tomorrowland Transit Authority PeopleMover was finally going to reopen — another delay has occurred.

The Tomorrowland Transit Authority PeopleMover in Walt Disney World’s Magic Kingdom has been closed since prior to the resort-wide pandemic closure in March 2020.

And ever since Disney World reopened in July 2020, the PeopleMover has undergone various new opening dates. Originally, Guests expected to hop on the TTA in November 2020, which was then pushed to December 2020, and then again to a few weeks later in mid-January 2021, as well as another delay to the end of January.

Now, Disney is once again pushing back the opening date for the Tomorrowland attraction. This time to March 1st, 2021.

As we can see below, Disney’s refurbishment calendar currently shows the PeopleMover as “Temporarily Unavailable” on February 28, 2021.

However, if we look at March 1, 2021, it seems that the attraction is no longer set to be closed down. With a March reopening, this would mean that the PeopleMover will have been closed for one full year.

Will the PeopleMover ACTUALLY open on March 1?

Considering this is the 5th delay that Disney has imposed on the Magic Kingdom attraction, I personally am not holding my breath for a March 1 reopening. That being said, Disney has been undergoing a lot of PeopleMover testing as of late — with the attraction running smoothly and without assistance — from videos and testing we have seen of the attraction.

The attraction originally was testing with the assistance of Cast Members having to push the ride vehicles along the track, but then progressed to its proper function as testing continued. With this in mind, it seems that the work being done to the PeopleMover is moving the attraction forward towards a reopening date, however, there are likely more issues than meets the eye considering the continuous setbacks and full-year closure.

Comments Off on Disney’s PeopleMover Undergoes Yet Another Reopening Delay