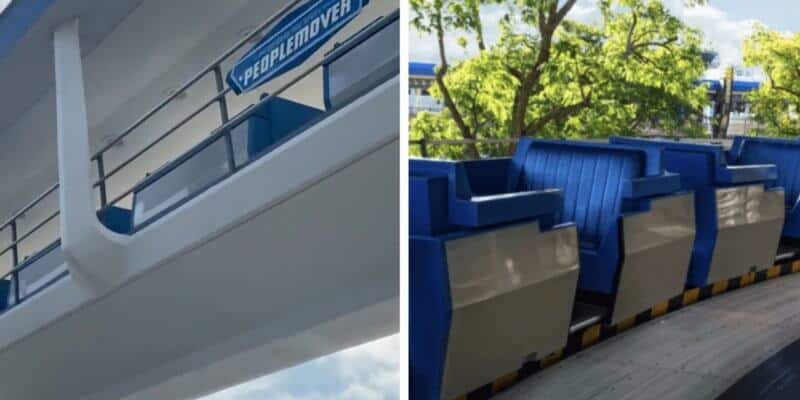 After almost a full year of closures, Tomorrowland’s Transit Authority PeopleMover may actually open on its currently scheduled reopening date, after multiple delays.

Prior to the pandemic shutting down Disney World, the fan-favorite attraction went down for a refurbishment. Once the parks reopened in July, to Guests’ surprise, the Tomorrowland Transit Authority PeopleMover was still not running.

Since then, the PeopleMover has seen various delays push the attraction’s opening from November to December, then to January, and its latest delay has set it to a later January date — January 31, 2021. Considering the consistent push backs that Guests have seen in terms of when the PeopleMover will be back up-and-running, believing that January 31 will actually be the reopening date is no easy task.

However, in recent weeks, Disney has given us reason to hold hope that the Tomorrowland Transit Authority PeopleMover is indeed ready to reopen. It all started off with Cast Members pushing the PeopleMover through the tracks, and then, official testing began!

Now, Inside the Magic (@itmnews) has reported via Instagram that the PeopleMover is traveling quite smoothly! As you can see in the below video, the PeopleMover is operating at its full speed and does not appear to require Cast Member to do so — this means the attraction is one step closer to seating Guests.

ITM Senior Editor Kelly Coffey was on the scene today as the PeopleMover was testing. In the following video, you can see that Cast Members are on the track monitoring the attraction as it goes by.

Bear in mind, however, we are well aware that the PeopleMover may still be further delayed as it has been in the past. The visual of a fully operating attraction, however, does leave us feeling a little more optimistic about the PeopleMover’s return to Magic Kingdom!

If you want to be one of the first Guests to jet around Tomorrowland on the Tomorrowland Transit Authority PeopleMover, you need to be here, in Magic Kingdom!

If you want to visit the Most Magical Place on Earth, why not start planning your dream vacation today? Not only will you get to see Cinderella Castle, but you can head over to EPCOT and enjoy to soon to be opened International Festival of the Arts, blast to Disney’s Hollywood Studios to see Star Wars: Galaxy’s Edge or Toy Story Land, and then head out to Avatar — Flight of Passage at Animal Kingdom. Click here to jump into the magic today!

Do you think that the PeopleMover will open on January 31, 2021? Let us know!