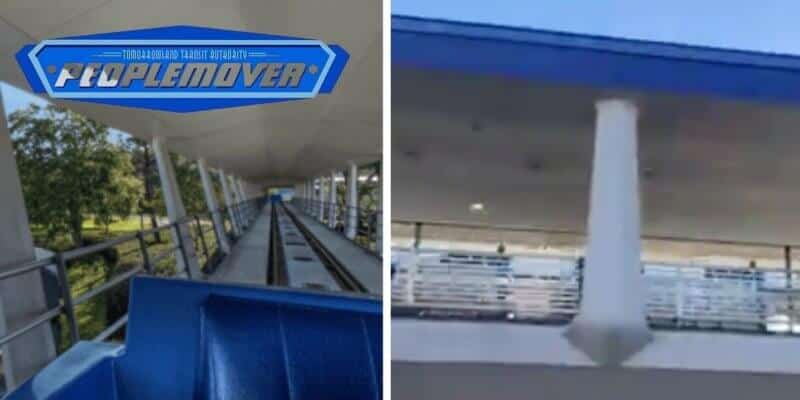 The Tomorrowland Transit Authority PeopleMover has been closed for what is coming up to soon be a year, with numerous refurbishment extensions leaving Guests with a strong uncertainty if the latest opening date, January 31, will also be extended.

Considering the attraction’s history with re-opening dates, it’s been difficult to determine when the PeopleMover will once again move the people, however, recent sightings are pointing to some good news.

Peoplemover is currently being tested at Magic Kingdom. Would love a soft opening today.

Peoplemover is currently being tested at Magic Kingdom. Would love a soft opening today. pic.twitter.com/Fk2P50Ao9u

Considering that the attraction’s opening was pushed back over 2 weeks from January 10 to January 31, a soft opening before its previously extended opening date is highly unlikely. That being said, watching the PeopleMover fly through the Tomorrowland sky is an excellent step forward for the previously stationary attraction.

The PeopleMover was previously “testing” in Magic Kingdom, however, that testing required Cast Members to physically push the attraction vehicles down the track. Although the TTA effortlessly glided when touched, it was a physical force that caused the attraction to move, which was a long way away from running as it typically would.

Empty PeopleMover cars are slowly traveling around the Tomorrowland track, spotted a CM pushing them thru the boarding station by hand.

Empty PeopleMover cars are slowly traveling around the Tomorrowland track, spotted a CM pushing them thru the boarding station by hand. #WDW ^@skubersky pic.twitter.com/CutqsTGtln

To see the PeopleMover running smoothly now, and with barely any Cast Member assistance, is starting to leave this Tomorrowland Transit Authority PeopleMover fan excited about January 31, 2021, to actually be a date we can count on.

Previously, the attraction was delayed from November to December, then to January, then to later in January, so the hesitation that now comes with believing an opening date is quite valid for Guests. Plus, Disney World’s refurbishment calendar is constantly changing, and no closure or opening date is ever concrete.

Inside the Magic will continue to update you as we get information regarding this Tomorrowland attraction.

Do you want to take your chances of being one of the first Guests to jet around Tomorrowland on the Tomorrowland Transit Authority PeopleMover? To make that happen, you need to be here in Magic Kingdom!

If you want to visit the Most Magical Place on Earth, why not start planning your dream vacation today? Not only will you get to see Cinderella Castle, but you can head over to EPCOT and enjoy to soon to be opened International Festival of the Arts, blast to Disney’s Hollywood Studios to see Star Wars: Galaxy’s Edge, and then head out on your very own safari at Animal Kingdom. Click here to jump into the magic today!

Do you think the Tomorrowland Transit Authority PeopleMover will actually open on January 31? Are you missing the attraction or does the closure not bother you?

Comments Off on PeopleMover Spotted Running Despite Recent Refurbishment Extension