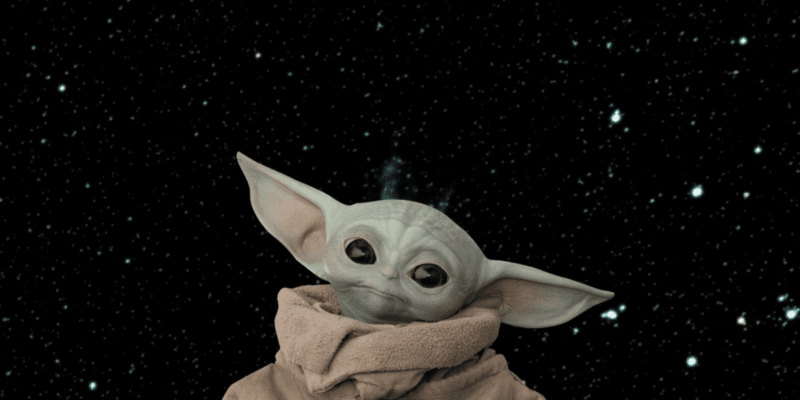 Star Wars and actual science have collided again — Grogu was previously a stowaway on a SpaceX mission, and now, a nebula has been named after the cutest character in a galaxy far, far away.

Earth science instructor Jason Betzner shared a photo of the newly named Baby Yoda nebula to his Twitter page, where he tagged both Mark Hamill and The Mandalorian’s official account. Betzner wrote:

Baby Yoda Nebula! Full credit to @coketown for naming this the #babyyoda nebula. Also called duck nebula/Thor’s helmet. Cleaned up some bad data and I think this looks even better.

If you’re unfamiliar with what a nebula actually is, SpaceCenter.org has provided the following explanation:

A nebula is an enormous cloud of dust and gas occupying the space between stars and acting as a nursery for new stars. The roots of the word come from Latin nebula, which means a “mist, vapor, fog, smoke, exhalation.” Nebulae are made up of dust, basic elements such as hydrogen and other ionized gases.

We don’t know about you, but we think the idea of the Baby Yoda nebula functioning as a star nursery is just about too adorable for words.

What’s next for the real “Baby Yoda”?

As far as when Mandalorian fans will see the actual Grogu (AKA Baby Yoda AKA The Child) again, Mandalorian showrunner Jon Favreau and executive producer Dave Filoni have yet to confirm anything regarding the tiny green foundling — this is unsurprising, as they kept him a secret for an entire year before his debut.

When we last saw Grogu — two episodes after his kidnapping from the Jedi “Seeing Stone” on planet Tython in “Chapter 14: The Tragedy” — he was being spirited away by none other than Jedi Knight Luke Skywalker (a CGI version of Mark Hamill in The Mandalorian Season 2, Episode 8, “Chapter 16: The Rescue”) to complete his Jedi training.

Now, with The Mandalorian Season 3 and three spinoffs — The Book of Boba Fett, Ahsoka, and Rangers of the New Republic — all confirmed, round-and-round we go in regard to where Grogu will land next.

There are even some rumors that the 50-year-old Force-sensitive infant won’t show up in any of these series, but will instead appear in an as-yet-unconfirmed Jedi Master Luke Skywalker show on Disney+.

Since Djarin promised little Grogu he would see him again during the duo’s tearful goodbye scene, it serves to reason that we might see the baby pop-up again in the third season of The Mandalorian, at least at some point. Since storylines haven’t been officially confirmed — though the addition of Grand Admiral Thrawn to Ahsoka is all but certain — for any of the shows in the Mandalorian saga, however, this is all speculation at this point.

For now, we’ll just have to wait and see what Favreau and Filoni have up their sleeves for their corner of the Star Wars universe — one thing’s for sure, we can bet it’s going to be great.

What do you think about Grogu’s next chapter? Are you as obsessed as we are with the Baby Yoda nebula?