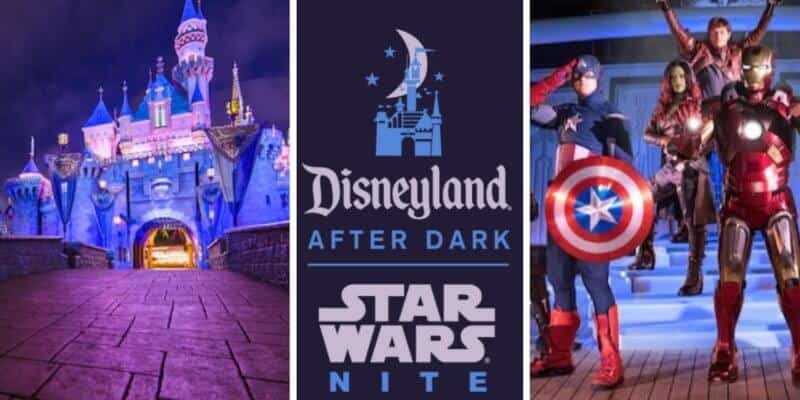 The theme parks of the Disneyland Resort have been closed for over nine months now, many fans have been itching to get back into Disneyland and Disney California Adventure.

Of course, with COVID-19 numbers rising in California, and a stay-at-home mandate in place, the thought of skipping down Main Street, U.S.A., may seem far away. However, that day will come, and, perhaps, there is a way to create a sort of “soft” opening that allows both Disney and Governor Gavin Newsom to come to an agreement even before Orange County, CA, reaches the “yellow” Tier 4.

As we just mentioned, Orange County will need to enter Tier 4 in order for theme parks to open, which means there would have to be only one positive COVID-19 case per 100,000 residents. Disneyland has had officials approve of their health and safety mandates and protocols, but Newsom has yet to loosen his leash when it comes to giving the California Disney Parks a chance to open, once the numbers start to drop in California. But, there is an idea that has seemingly not yet been proposed, and it could possibly pose as a safe, maintainable way to reopen (or, at least, partially reopen) Disneyland.

@thecalibae posted this photo below Instagram with a caption that had us at ITM thinking — and it was this part that really stood out to us:

…Disneyland will first reopen with after dark events because they are limited capacity, only last but 5-6 hours and can be easy to control and schedule…My speculation is that Disneyland come the uplifting of the stay at home orders will be reopening in the form of after dark nite events and the first one will be Star Wars Nite with photo ops, food and social distance meet and greets and possibly the long awaited Mandalorian meet and greet that was rumored back in March. Saying it now rides will be closed for the after dark events but who cares we inside Disneyland again!!!

The idea of Disneyland reopening with After Dark events may be the solution to creating a very safe, socially distanced, reduced capacity environment — plus, there are many reasons why Guests could be very excited to attend.

Disney Parks After Hours events are hightly popular at both Disneyland and Disney World, with both coasts selling them out, and often quite quickly. Guests love the opportunity to be in the parks when they are technically “closed,” as it gives us the feeling that we are participating in something special. Plus, most of these events are often themed (such as Star Wars, Villains, and more), which makes them very memorable.

Considering the huge popularity of Disneyland After Dark events, I wouldn’t be too concerned about selling the idea to Disneyland Guests. It’s clear that Disneyland Resort fans, Annual Passholders, and frequent Guests are salivating to get back to the magic. Disney Parks fans usually sell out After Hours and After Dark events regularly — and I think Disneyland Guests would be more excited than anyone else. Heck, if Disney World had hosted an After Hours event prior to fully reopening the theme parks, I would have certainly paid to attend!

Okay, so we may assume Guests would be on board — that’s easy. Now, we need to sit down with Governor Newsom, Disney CEO Bob Chapek, Parks Chairman Josh D’Amaro, and Disneyland President Ken Potrock so we can get all of the big boys to agree that this is a great idea. Luckily, we’ve got some valid points and pixie dust up our sleeve!

First off, as we mentioned After Hours events are popular because they are already operating at a highly reduced capacity. By selling a limited number of tickets, Disneyland Resort can easily control how many people are in their parks. Plus, with each ticket having to be purchased (perhaps giving Annual Passholders a discount, like usual) having a very limited capacity can still be lucrative. Disney wins because they get to reopen the parks in some capacity, and Newsom wins because After Dark events could fit within the restrictive reopening guidelines.

Plus, this would allow Disneyland Cast Members to easily monitor Guests in terms of properly wearing their masks and social distancing. We know Disneyland already has plenty of signage in place, but having been to Disney World, I can say Cast Members are the reason it feels so safe. They are constantly warning Guests to put their masks on properly and are not scared to speak up. The Cast Members will even stop roller coasters such as Seven Dwarfs Mine Train if they can see a Guest even lift their mask. Pretty impressive, eh? Having these smaller crowds means that monitoring these situations would be even easier for Cast Members, which only means Disneyland would be safer.

What’s that, Josh D’Amaro you want to make sure these After Dark events turn a profit? I’ve got you.

Disneyland does something better than Disney World that I don’t think anyone who has been to both coasts can argue: the food. Disneyland food is so delicious, and if these After Hours events offer event-specific food for Guests, you know that they will be all over it! Typically, Disneyland After Dark events — such as Sweethearts Nite and ’80s Nite — serve exclusive, specialty food items that can only be purchased at the event. Slap limited edition onto a new corndog and you will have a line that extends over to Disney California Adventure. After such a long closure, getting the Disney experience back in any way is going to be key for Guests.

Perhaps Disneyland could get on board with that, but maybe Governor Newsom needs a bit more convincing. So how about this: we keep the entire Disneyland After Dark event outdoors. Perhaps, if this were an event that Disneyland hosted before completely reopening the theme parks, it could be outdoor-only. That means no indoor attractions would be running, but Guests can still enjoy rides like the Mad Tea Party, Dumbo the Flying Elephant, King Arthur Carrousel, Jungle Cruise, the Disneyland Railroad, and more! By doing this, it would eliminate the possibility of Guests standing in enclosed spaces (such as indoor queues), and COVID-19 does not spread as easily in outdoor, open-air locations, especially when everyone is properly wearing masks, staying at least six feet apart from other Guests, and using the hand sanitizer that Disneyland has provided around every corner.

Alright — so there is my pitch! After Hours events for a soft opening of Disneyland Resort could be a great, slow way to bring Guests back to the theme parks while doing it in a safe and regulated way. Adding themes to these nights such as Star Wars, Marvel, or 80s Night would only increase demand and popularity and make up for the many offerings that would be taken away.

So what do you say, boys? Do we have a deal?

Would you pay for an After Hours at Disneyland if that meant you could enter the park again?