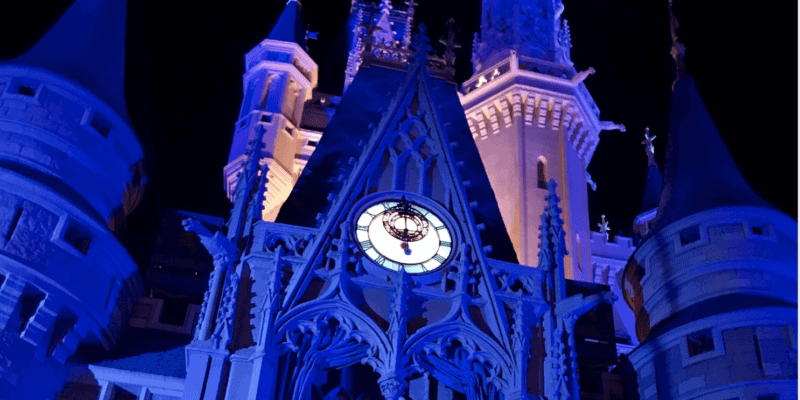 All of these events, plus planned After Hours events at Disney’s Typhoon Lagoon water park, were canceled this year amid the coronavirus pandemic. Due to their popularity and Disney’s need to safely increase theme park profits during the COVID-19 outbreak, it seems that these evening events should return sooner rather than later. Here’s why (and how) this might happen.

They already operate at limited capacity.

Part of the appeal of After Hours and After Dark events is that they have a limited number of tickets and operate at very limited capacity compared to standard crowd levels in Disney theme parks.

In this photo I took at a Magic Kingdom After Hours event in August 2018, it’s easy to see how empty the area in front of Cinderella Castle is compared to its usual crowds.

Since Disney Parks in the United States are still operating at 25% capacity daily — and will be until the CDC changes guidelines, according to Walt Disney Company CEO Bob Chapek — limited capacity of After Hours events should not be a problem.

The company has already nearly perfected the Disney Park Pass reservation system and could easily integrate a similar protocol for special after park close events.

These events could increase revenue.

Even with Walt Disney World Resort up and running — and three of its five other global parks operational — Disney’s theme parks have understandably struggled to make-up profits lost during the pandemic.

Allowing After Hours events to return to the parks would give people a reason to spend more money, as many of these events feature special merchandise, and enjoy the parks for extra time since many of them are open limited hours (compared to their usual, pre-pandemic hours) at this time.

Furthermore, since tourism is still struggling in general, After Hours events wouldn’t require Disney to actually sell additional daily tickets. Instead, people who are already visiting the parks would spend additional money — $99 is the standard entry price — to attend one of these special theme park offerings.

Special theming helps After Dark and After Hours events appeal to specific subsets of Disney fans. One of this year’s canceled events, for instance, was set to be Star Wars themed. Disneyland has previously offered themes like “’90’s Night” — which encouraged costumes from the decade — and “Sweethearts’ Night” [pictured above].

Disney has proven its health and safety measures.

Since After Dark and After Hours events take place in Disney’s theme parks, there are, presumably, no additional health and safety measures that would need to be taken.

The Walt Disney Company has continually proven its ability to take the proper safety precautions to protect both Guests and Cast Members in its theme parks — those same protocols, such as mandatory face masks, social distancing measures, and the availability of hand-washing stations — would simply need to be enforced during these special events as well.

Instead of traditional character meet-and-greets, which are always available during After Dark and After Hours affairs, Disney could add new cavalcades or offer socially distanced character appearances — which they have had success with at EPCOT —  instead.

Disney World could re-add After Hours events relatively soon, while Disneyland will, of course, have to wait to get the reopening green-light from Governor Gavin Newsom’s office before even considering something like this to generate additional revenue and enhance overall Guest experience.

What do you think about the return of Disney After Hours events? Should it happen sooner rather than later?

Let the Disney vacation experts at Academy Travel help you plan every magical detail of your next trip to Magic Kingdom, EPCOT, Disney’s Animal Kingdom, or Disney’s Hollywood Studios!