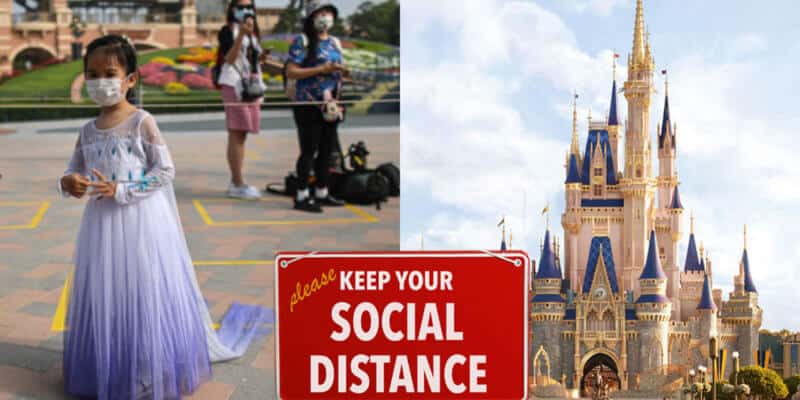 As we’ve previously shared, Walt Disney World now has official dates the theme park resort plans to reopen its beloved theme parks. However, similar to the reopening of Universal Orlando, these lands will all assume a new set of social distancing measures upon their reopening, which a Wall Street analyst is now saying will cost the company any chances of making real profits.

In a letter to investors Tuesday (via Deadline), UBS analyst John Hodulik says even though earlier-than-anticipated openings of parks has boosted his revenue estimates he’s keeping operating income flat due to limitations on attendance by social distancing.

Hodulik says, according to his projection tools, guest attendance will be limited to as low as 25% and in the beginning, it will more than likely be a tilt towards lower-spending season-Passholders and in-state visitors who will not help generate the money the company is looking for as he says Walt Disney World is mostly for travelers.

He also anticipates the September quarter attendance would be roughly 25% of comparable 2019 levels for the Florida park and thinks it will take more than a year to return to pre-pandemic levels.

Hodulik said he is also going on the assumption that Disneyland in Anaheim will remain closed until September and will then follow state guidelines on large gatherings. He’s also figuring on social distancing rules staying in place and no vaccine becoming widely available in calendar 2020.

Hodulik had some interesting points in his letter regarding Walt Disney World’s reopening. However, it’s worth mentioning that Bob Chapek, CEO, recently spoke on the reopening process and the financial planning that had to come into play when considering reopening to the public. Specifically, the fact that the company would have to make some sort of revenue for them to even consider reopening.

“Well, I had said earlier we will not open a park unless we could at least cover our variable cost of operating and make a contribution to fixed costs and overhead and that is the case at Walt Disney world as well. So we believe we will at least be able to cover our cost by opening our parks but at the same time work incrementally as we become better at putting more folks inside the parks or the guidelines loosen up a bit,” said Chapek in a recent interview with CNBC.

Do you think Walt Disney World will be able to make a profit with its social-distancing measures in place? Let us know in the comments!