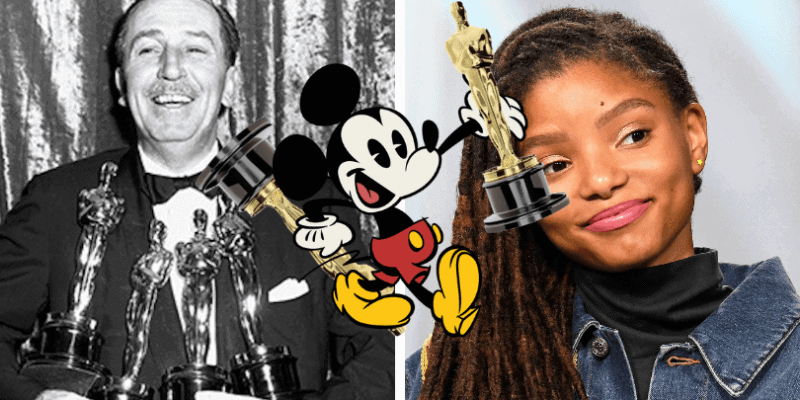 The Academy of Motion Picture Art and Sciences (or just, the Oscars) is changing. Representation has become a hugely important part of the filmic suite for Hollywood and from 2024, this will be formally reflected in the way that the “Best Picture” award is bestowed.

It is in response to the #Oscarssowhite controversy from a few years back as well as consistent calls for representation in the media, permeated by the global recognition of Black lives matter. Some argue that a film’s quality should be based solely around its quality, rather than what it achieves socially or culturally, though the Academy clearly disagrees. Some have praised the new policy, while others like actress Kirstie Alley have responded with despair, calling it a “disgrace to artists everywhere.”

Academy leaders have designed the new legislation to be as inclusive as possible, encouraging diverse oscar nominees including (but not limited to) black and female filmmakers.

What do the new diversity rules say?

According to the Oscars official site, the new rules apply to the Best Picture category specifically. This already means that Disney is likely to be less affected by the legislation, as it and Pixar will mostly be striving for the Best Animated Film award.

With that said, we know that Disney properties are still able to be nominated for and win the Best Picture award in exceptional circumstances. Black Panther was famously nominated for the award in 2019, something the beloved superhero movie The Dark Knight couldn’t achieve.

Disney also saw Best Picture nominations for Beauty and the Beast (1990) and UP, with the latter reportedly spurring the need for the creation of the Best Animated movie category in the first place.

The new representation and inclusion standards are set to fully roll out in 2024 with the 96th Academy Awards. Any film that wishes to be considered for the Best Picture category in this year will have to fulfill at least two of four new categories.

Related: There are 48 Oscar Winning Movies on Disney+; Here’s Where to Start

What are the new Oscar categories?

The new standards are as follows. You can find un-paraphrased versions on the Academy website.

At least one lead character must be from an underrepresented racial group (identified by the Academy as Asian, Hispanic/Latinx, Black/African American, Indigenous/Native American/Alaskan Native, Middle Eastern/North African, Native Hawaiian or other Pacific Islander, Other underrepresented race or ethnicity).

30% of the supporting cast must be made up of people from the following underrepresented groups; Women, Racial or ethnic group, LGBTQ+, People with cognitive or physical disabilities, or who are deaf or hard of hearing.

The main storyline(s), theme or narrative of the film is centered on one of the aforementioned underrepresented group(s).

At least 30% of the film’s crew must be made up of people from the aforementioned underrepresented group(s).

Paid apprenticeships / internship opportunities / training opportunities and crew skills developments must be offered to people in the aforementioned underrepresented groups.

The studio / film company should have multiple employees from the aforementioned underrepresented groups within its marketing, publicity, and/or distribution teams.

So what does this mean for Disney?

Actually, this might not impact Disney not as much as you’d think. At a glance, the new rules seem to exclude a vast number of classic Disney properties from eligibility for the Best Picture accolade. The Academy’s Standard A is certainly not adhered to by a number of classic movies, particularly war films like 1917 or Saving Private Ryan which feature predominantly all male, white, heterosexual casts. Cinderella (1950), Sleeping Beauty, Frozen, Beauty and the Beast (1990), and The Little Mermaid (1989) also wouldn’t pass this test, to name just a few.

However, we must consider that a film need only adhere to two out of the four standards in order to be eligible for the Best Picture accolade. With the relative ease of adhering to Academy standards C and D for a huge company like Disney, it is highly unlikely that any movie from the Mouse or any of its subsidiaries will not be considered.

Equally, Disney has also made strides to improve diversity and inclusion both on and off the camera. While some might point to standard B as its weakest area (and point to film’s like Disney Plus’ Mulan with predominantly white crews), films like Moana, Black Panther, and Captain Marvel have already shown an increased interest in diversity in front of the camera. The Eternals, Raya and the Last Dragon, The Little Mermaid (2020), and Shang-Chi and the Legend of the Ten Rings set to continue this as Disney’s MO.

Though, if Star Wars star John Boyega is to be believed, Disney’s inclusive casting may be more surface-level than the Mouse would care to admit.

Regardless, it seems unlikely that the new Academy representation and inclusion standards will have much impact on Disney’s chances at winning Best Picture.

Hollywood on the whole is about to be challenged in a big way. Awards season could start to encourage a broader breadth of diverse creative talent from now on.

And the Academy Award goes to…!

What do you think of the new Oscar rules? Let us know in the comments below.