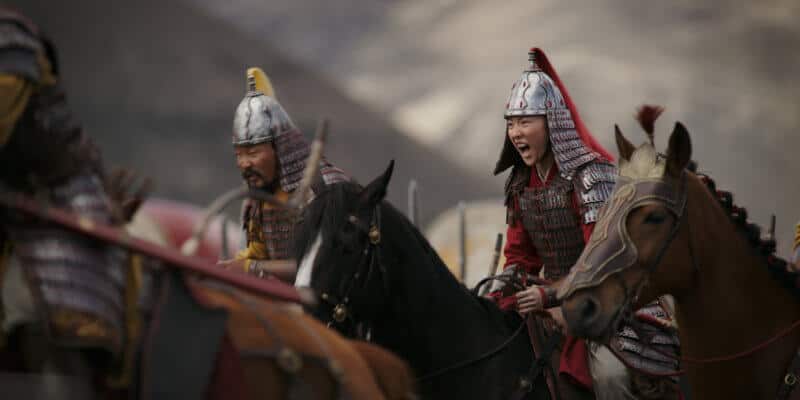 The remake of 1996’s animated classic Mulan has already faced significant issues due to the outbreak of the coronavirus, but it now faces blowback from moviegoers themselves. And no, it’s not due to a lack of musical numbers or Eddie Murphy’s Mushu.

AOL has reported that 2020’s Mulan remake, directed by New Zealand born Niko Caro has faced criticism from some Asian-American fans who feel that despite the appropriately devised cast, there is a lack of significant Chinese representation behind the camera.

Comments on social media have expressed outrage at the lack of diversity behind the scenes, despite the cast, led by Chinese-American actor Liu Yifei in the titular role, all being of Asian descent. As well as Caro, people have noted that the screenwriters and perhaps most crucially, the costume designer, are not of Chinese descent, suggesting that to tell a story in period China properly, the opportunity should be given to those who descend from that country.

One social media user wrote ‘you cannot just plop Asian actors in front of a camera & call it a day!‘

I think that what we’re seeing here is some of the growing pains of Hollywood wanting to be inclusive in terms of storytelling, and yet behind the scenes are not able to or wanting to.

Yuen also took umbrage with a Variety interview with costume designer Bina Daigeler on the film’s red carpet, in which she justified her intense research by going to Europe and visiting ‘all the museums that had a Chinese department and then I traveled to China for three weeks.’

But Yuen found this to be unsatisfactory, noting;

The idea that a non-Asian costume designer justifies their expertise with research in an European museum feels like a colonial lens … If you’re already a white person, telling a Chinese story and you go to a white museum — that doesn’t cut it.

Mulan was due to release on March 27, but it’s unclear now when the film will be released now after a recently announced delay, due to the uncertain nature of coronavirus. It stars Liu Yifei as Hua Mulan, and also features Donnie Yen, Jet Li, Jason Scott Lee, and many others. It follows the epic journey of Hua Mulan based off of the 1996 movie which itself is based off of a Chinese Legend, where a young woman disguises herself as a man to take her father’s place in the army.

What do you think about all of this? Should Mulan have more Chinese representation behind the camera as well as in front of it? Let us know in the comments below.