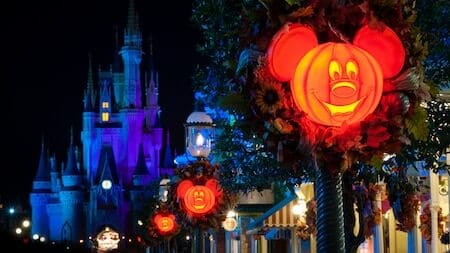 The Walt Disney World Resort reached capacity over Labor Day Weekend for the first time since reopening. The long weekend that is the symbolic end of Summer and the beginning of Fall in America, was a triumph, but has left many asking “now what?”

The start of Fall has raised concerns for the continued recovery of Walt Disney World.

According to Forbes, Walt Disney World hit capacity, but its capacity was limited to no more than 30% of its pre-pandemic capacity. Starting today, the mega-resort is reducing operating hours at all four of its major theme parks, they have canceled its beloved annual extra-ticketed events, Mickey’s Not-So-Scary Halloween Party, and Mickey’s Very Merry Christmas Party, and Disney World has also announced the delay of several refurbishment projects originally planned to be done for the 50th Anniversary Celebration.

But despite all of these reductions and cancelations, there are also signs of hope that Disney World can actually enjoy a profitable autumn after all.

Signs of Hope for Disney World This Fall 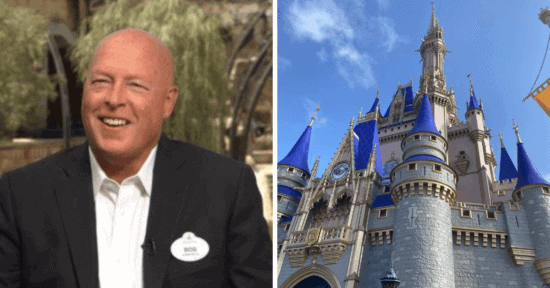 At the beginning of August, Disney’s CEO Bob Chapek reiterated that Walt Disney World would not be open if it could not turn a profit, and stated that Disney World was still in the green even despite the limited capacity.

While there are still many Cast Members still furloughed, Disney World also continues to be the only Central Florida resort to not put any of its recalled employees back on furlough. Unlike the Universal Orlando Resort.

Disney CFO Christine McCarthy also spoke on the recent earnings call, and said, “We expect demand will grow when the COVID situation in Florida improves.”

Florida’s pandemic cases have dropped dramatically since the peak in July, and Disney execs believe that demand to visit Florida will go up as the concern and cases of the pandemic continues to go down. Since reopening there have still been zero positive cases linked to the Walt Disney World Resort.

In matters of capacity, it appears that Walt Disney World will get close to repeating its success this upcoming weekend. According to its Park Pass Availability Calendar, Disney Resort Guests, and theme park ticket holders and Annual Passholders not staying at a Disney Resort Hotel have completely booked up Magic Kingdom, Disney’s Hollywood Studios, and Disney’s Animal Kingdom on Saturday, September 12. Disney’s Hollywood Studios will also be at full capacity on September 13.

While Mickey’s Not-So-Scary Halloween Party is canceled Disney has still found a way to create some magic and get people back into the parks. For the first time ever, all Guests–including Adults–will be allowed to wear costumes in Magic Kingdom Park from September 15 through Halloween!

This news has already sparked Annual Passholders to completely book up Park Pass Reservations to Magic Kingdom on October 31 and almost every other Saturday and Sunday that month. But like every other month so far, it appears that the majority of Walt Disney World Guests will most likely be local or in-state Annual Passholders.

Disney World has also announced that it will begin Christmas festivities starting November 6. Similarly, while it was announced today that “Other holiday experiences that draw big crowds will be on hiatus this year as well, such as Mickey’s Very Merry Christmas Party and Candlelight Processional at EPCOT,” the resort still plans to get its Guests into the “Spirit of the Season” in the limited ways they can.

Those ways include the addition of new experiences like “merry motorcades” in Disney’s Hollywood Studios, “festive flotillas” in Disney’s Animal Kingdom, and special projections on Cinderella Castle at Magic Kingdom.

We know how much our guests love the holidays, so from Nov. 6-Dec. 30, they will be able to enjoy festive décor, themed merchandise, seasonal food & beverage offerings and entertainment all across Walt Disney World Resort. Holiday magic will be in full force at the four theme parks and Disney Springs, and Santa Claus will make time for special pop-up appearances at each location, waving and exclaiming holiday wishes to all.

But there will be some experiences returning! The EPCOT International Festival of the Holidays will once again be back around World Showcase, and Disney Springs will bring back a modified version of its Christmas Tree display.

We at Inside the Magic will continue to update our readers on Mickey’s Very Merry Christmas Party as more information comes to light.

From now until the start of these festivities, EPCOT will also continue to host its Taste of EPCOT International Food and Wine Festival throughout the entire season.

When planning a trip back to the Walt Disney World Resort during this uncertain time, it is important to remain up-to-date on new information as it comes in. That is why we recommend our friends at Academy Travel. Not only will Academy’s travel agents work with you to plane the best Walt Disney World vacation for your budget, but they will also keep you informed on all of the latest updates so you can go into your trip with proper expectations and get as much magic out of your visit as possible.Click here to learn more and receive your free, no-obligation quote today!