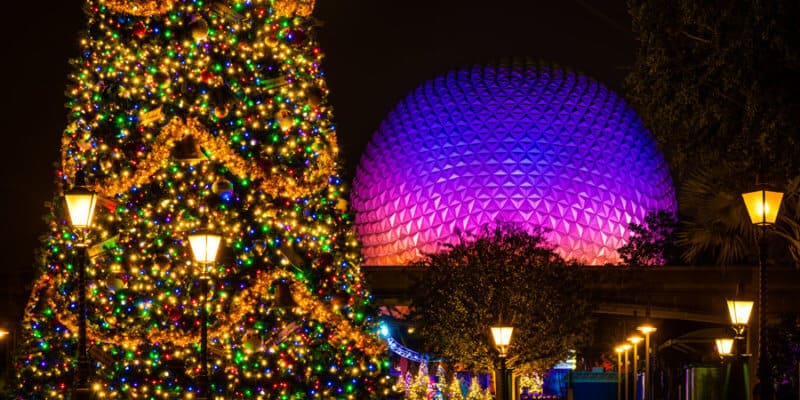 Walt Disney World Resort has confirmed that the International Festival of the Holidays will be returning to EPCOT this year!

Starting a bit later in the season, on Nov. 27, we’ll celebrate highlights from the EPCOT International Festival of the Holidays. Holiday kitchens will return around World Showcase promenade with favorites like American Holiday Table featuring Slow-roasted Turkey with Stuffing and Bavaria Holiday Kitchen with dishes like Cheese Fondue in a Bread Bowl.

Guests will be invited to step inside World ShowPlace to enjoy the returning group, JOYFUL!, who present a journey through R&B, Gospel, contemporary and traditional Christmas and holiday music. Also, the Voices of Liberty will bring their incredible 8-part harmonies to the America Gardens Theatre stage for a special concert of favorite carols and songs of the season.

However, not every aspect of this festival will be returning. Disney Parks also announced that its beloved Candlelight Processional will be canceled along with Mickey’s Very Merry Christmas Party.

Disney Parks explains, “Other holiday experiences that draw big crowds will be on hiatus this year as well, such as Mickey’s Very Merry Christmas Party and Candlelight Processional at EPCOT.”

EPCOT’s annual holiday festival is one of two experiences confirmed to be returning to Walt Disney World this year. The second is the Christmas Tree display at Disney Springs. However, it appears that they will be dispersed around the area rather than collected together to create the same Christmas Tree trail as last year.

We at Inside the Magic will continue to update our readers as more official information is released regarding EPCOT’s International Festival of the Holidays.