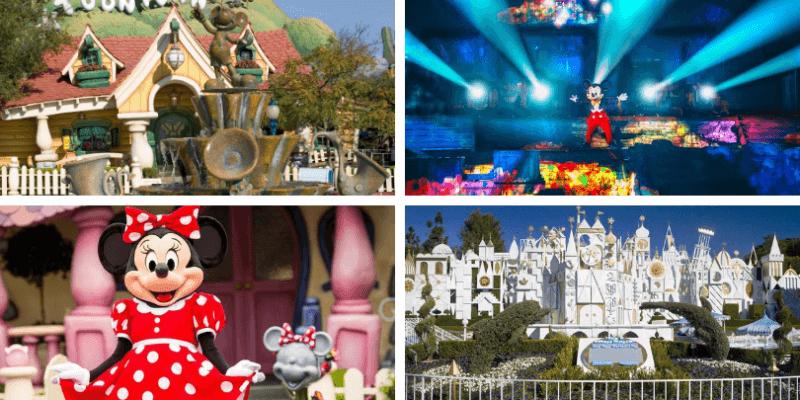 It’s been over a month since the last time any information was published about the reopening of the Disneyland Resort theme parks, and no word one when there will be a timeline for reopening.

With Downtown Disney District’s reopening at the Disneyland Resort, there has been many new health and safety measures put into place so that Guests and Cast Members all feel well protected.  We know that Disneyland Resort is still currently working towards implementing measures like these in order to meet and go beyond guidelines for re-opening the theme parks.

There have been many health and safety measures which have been consistent across the reopening of all the other Disney Parks around the world, and with Disneyland being the last Disney Park to reopen, it’s safe to say very similar operational changes will be coming to Disneyland and Disney California Adventure.

OC Register published a list of the changes that will likely come to Disneyland Resort attractions, shows, and character meet and greets, based on what Disney has said so far.

Having a limited capacity in the parks will be a large part of how the attractions will be able to physically distance and sanitize without having the queues get overly long wait times.  At many attractions, Guest parties will be seated in every other row, like at Pirates of the Caribbean, or with Guests boarding every other ride vehicle, like for example Peter Pan’s Flight.  Things that have been seen at Walt Disney World attractions are socially distanced queue lines, plexiglass, and scheduled sanitization every two hours.

Along with it being mandated that all Guests wear face coverings that meet the Disney guidelines, there will still be other efforts for Guests to feel comfortable at attractions as seen in health and safety protocols at Disney World.

Ground markings will give Guests guidelines as to where it is safe to stand in order to maintain physical distancing.  There is an increased amount of hand sanitizing stations that have been placed throughout the Disney Parks, especially at attractions with high touch points like the Mad Tea Party teacups.

Hand washing and sanitizer stations have been set up at Downtown Disney so we expect to see a high number of these within Disneyland and Disney California Adventure.

There are parts we know won’t be available right away when Disneyland Park and Disney California Adventure reopen.  One of these changes is the temporary suspension of certain entertainment offerings like shows, parades, and fireworks.  Even with a limited capacity, it can be difficult for Cast Members to ensure crowd control and maintaining physical distancing when it comes to shows like parades and fireworks, where Guests typically gather in large crowds.

After months of reopening, Shanghai Disneyland brought back fireworks which demonstrates that Disney will bring fireworks and other entertainment to the parks in the U.S. when they feel they have the means to do it in a safe manner.

Below are some of the entertainment offerings that we expect to be suspended and unavailable initially when Disneyland and Disney California Adventure reopen:

Character Meet and Greets haven’t disappeared from the Disney Parks, but they certainly have changed.  Along with the list below of places, you probably won’t be seeing characters walking around the Entrance Plaza, Town Square, and Main Street U.S.A. at Disneyland Park and Buena Vista Street at Disney California Adventure.

As we have seen at Walt Disney World Resort, we expect that Disney Characters will make periodic cavalcade rides throughout the parks and maybe wave from a distance at locations like the Disneyland Railroad Station, Sleeping Beauty Castle, or from a boat, which have all been seen at the Walt Disney World theme parks.  Disney has gotten creative with the way Guests can interact with Characters.

Below are the traditional character meet and greets that we expect to be suspended and unavailable initially when Disneyland and Disney California Adventure reopen:

Disney has released statements reassuring Guests of their commitment to safety at the Disney Resorts.  For more frequently asked questions on the Disneyland Resort reopening, check out this information.

Comments Off on What Will be Different When Disneyland Reopens?