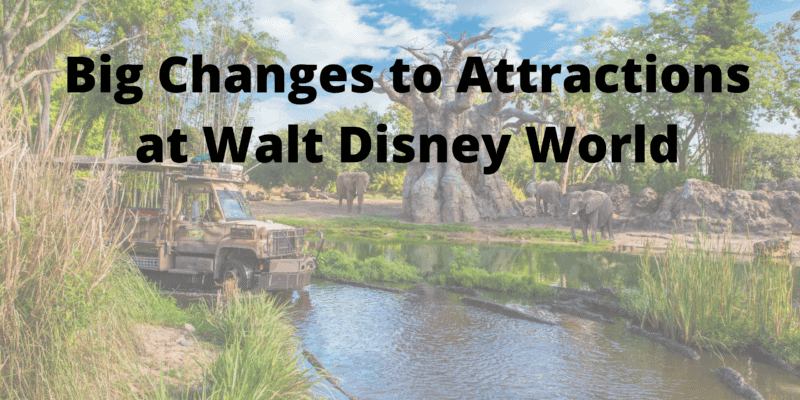 Cast Member previews at Walt Disney World started today, and already we’re starting to see what the “new normal” is going to look like for uests when the theme parks reopen for everyone later this week.

It looks like Disney is doing everything they can to make Guests feel as safe as possible with some pretty drastic changes being introduced to attraction queues to keep everyone socially distanced.

Related: Take a look at the new security measures at Disney’s Animal Kingdom

Firstly, a look at one of the most popular attractions on Disney Park property, Flight of Passage:

We are at the CM preview at Animal Kingdom today! Here’s a peek inside #Flightofpassage queue. New barriers separating guests! See more in our Instagram stories @ourfloridaproject pic.twitter.com/rIy94gI549

Not only has Disney introduced floor markers to keep guests distanced from one another, but they’ve also put up plexiglass to separate guests further. A reminder that Disney will not be offering FastPass+ for the foreseeable future so they’ve been able to use these queues to keep guests even safer. While they aren’t the most visually pleasing, it is really encouraging to see Disney taking this so seriously, especially given the recent increase in cases within Florida.

Another hugely popular attraction at Disney’s Animal Kingdom, Kilimanjaro Safaris, showcases that plexiglass is being used within the queue but also on ride vehicles. Each of the safari trucks has plexiglass that split each of the rows out.

While this may seem excessive, we’ve seen reports that this means there is no requirement for Guests to wear masks when experiencing this particular attraction, although Disney has not publicly announced which attractions masks may not be required at.

Plexiglass in the last half of the queue and on the Safari trucks pic.twitter.com/W8QsN42lrC

Jungle Cruise also appears to be doing the same though we are yet to see the confirmation on guests needing to wear masks.

You can see similar changes in Magic Kingdom at Seven Dwarfs Mine Train:

Social distancing in the queue for Seven Dwarfs Mine Train

What are your thoughts on these new measures being implemented to keep guests safe at Walt Disney World? Let us know in the comments below.

If you are interested in planning a trip to any Walt Disney World park following reopening, contact our trusted friends at Academy Travel. They can help with everything from securing a hotel reservation to understanding the new dining protocols. Contact them today for a free quote.