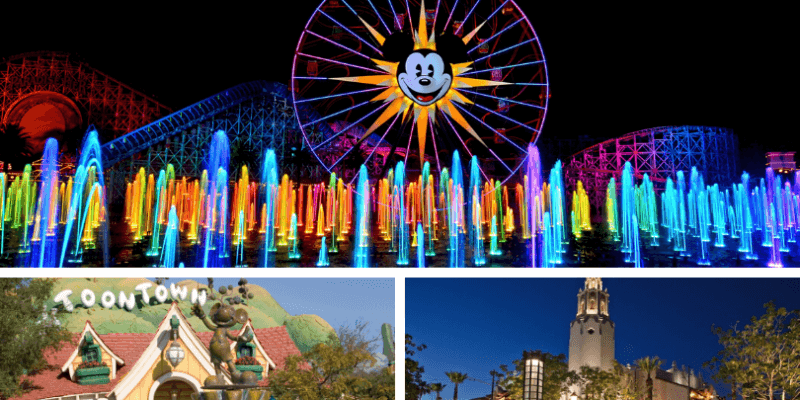 Disneyland Resort in Anaheim will be the last Disney Resort to open back up worldwide after an extended closure.  We’re still some time away from Disneyland Park and Disneyland California Adventure reopening, especially since Disney announced the delay from its proposed July 17 date, but we can start thinking about the things we want to do when the park does reopen.

We know that based off how the other Disney Parks have reopened or are reopening, not everything will be available when Disneyland does reopen.  So let’s take a look at what we can assume will not be available, as well as what Disney has confirmed will not be running with Disneyland and Disney California Adventure open.

Officially, here is what Disney has said about things that won’t be offered when Disneyland and Disney California Adventure reopen in the future:

Additionally, select attractions and certain experiences that draw large group gatherings—such as parades and nighttime spectaculars—will return at a later date. While character meet-and-greets will be temporarily unavailable, Characters will be in our parks in new ways to entertain and delight our Guests. The Disneyland Resort will also have capacity measures in place, as well as limitations on parking and operating hours.

We really hope your favorite attractions isn’t on this list, but some of the other parks have the same or similar attractions that won’t be available when they reopen.

Though we believe most rides will be good to go, those that were closed for refurbishment prior to closure like Gadget’s Go Coaster, Haunted Mansion, King Arthur’s Carrousel, and Snow White’s Scary Adventures at Disneyland Park, as well as Red Car Trolley at Disney California Adventure, are likely to remain closed when Disneyland reopens. Once Disneyland announces more information regarding the rides that will and won’t be operating, we will update Inside the Magic.

The attractions that are mostly affected are experiences that involve traditional character meet and greets like those in ToonTown, Pixie Hollow, and the Star Wars Launch Bay.  We’re sure that Disney will find a way for us to say hi to our friends anyways! You can take a look at the character cavalcades coming to the Disney World parks to get an idea of what could happen at Disneyland Resort.

Most entertainment draws in a large crowd where physical distancing is hard to control.  Even though there will be a limited capacity in the parks, it will be hard to maintain distance during entertainment like parades and fireworks.  Therefore, we can expect for the new parade, Magic Happens, to continue to have some time off so in the meantime, you can watch it virtually here!  Other entertainment that is likely to be affected are Fantasmic! and fireworks at Disneyland and World of Color at Disney California Adventure

Walt Disney World published a list of dining locations that would be available inside the parks when they reopen.  Disneyland will likely do the same, but it may be impacted by Governor Gavin Newsom’s new ordinance as of this week that will last at least the next three weeks.  Depending on when Disneyland and Disney California Adventure do reopen, and depending on if this ordinance is extended, the reopening of certain dining locations may be delayed, as some locations at Downtown Disney are already having to postpone reopening.

Well, it doesn’t mean that all these amenities never coming back.  It means that we’ll have to wait just a little longer.  There are plenty of ways to enjoy the Disney Parks without these options.  And if you have other questions about how Disneyland Resort will operate once it reopens, you can refer to this FAQ!

Comments Off on What Won’t Be Available When Disneyland Reopens