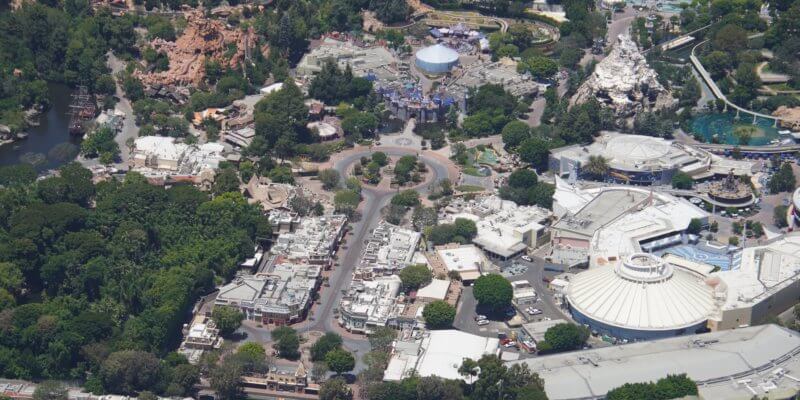 Disney has said that theme park capacity at Disneyland Resort will be “significantly limited” when Disneyland and Disney California Adventure reopen. But how limited will it be, and how many people will be allowed to get into Disneyland when the parks reopen?

Right now, we don’t yet know the exact number of Guests who will be allowed into either Disneyland or Disney California Adventure in the future once they reopen. Although OC Register has stated that it’s possible for capacity to be reduced by 80-90%, nothing is for certain until we get the official numbers from Disney.

An aerial look at Disneyland on July 10. Zoom in bottom center, Mickey has a smile for you. pic.twitter.com/jjKj0wgvsh

Read More: What to Expect at Disneyland After Disney World’s Reopening

Because theme park capacity will be significantly limited to comply with governmental requirements and promote physical distancing, the Disneyland Resort will manage attendance through a new theme park reservation system that will require all guests, including Annual Passholders, to obtain a reservation for park entry in advance. Theme park reservations will be subject to availability. More details about this new reservation system will be available soon. At this time, there will also be a temporary pause on new ticket sales and Annual Passport sales and renewals. Additional details will be available soon. Please check Disneyland.com for the most current information.

As stated above, one of the ways that Disneyland Resort will be able to enforce the limited capacity at the theme parks will be with a park reservation system. The Disney Park Pass system is already being implemented at the Walt Disney World Resort theme parks. Reservations have already filled up for a number of days already, and the system could be in place well into 2021.

Although Disney World attracts more tourists than locals and at Disneyland it is quite the opposite, the Disney Park Pass system at Disney World could help us better understand the way theme park reservations could work here on the west coast.

We are already seeing capacity limited at Downtown Disney, which officially reopened on July 9. Parking is limited at the Simba parking lot, and Disney has taken the liberty of closing the parking lot to new Guests on particularly busy days, such as weekends.

PARKING UPDATE: For the safety of our Cast and Guests, we may need to occasionally pause parking today for Downtown Disney. Parking will resume as soon as we can. Thank you for your patience!

It’s important to note, however, that Disney has not yet officially announced at what capacity Disneyland and Disney California Adventure will operate under when they reopen. Although they originally announced a plan to reopen the parks on July 17, that plan has since been modified.

Disneyland Resort will announce the reopening plan for Disneyland and Disney California Adventure (as well as the onsite hotels) once they receive guidelines from government officials. And those guidelines are expected to contain information regarding how many people the theme parks are allowed to admit daily once the parks are permitted to reopen.

“When we reopen following health and government official guidance, it will be done in a deliberate and thoughtful way, with enhanced safety measures in place including significantly limited capacity,” Disneyland officials have stated.

For more information on health and safety guidelines at Disney Parks, click here.

Do you plan to visit Disneyland Resort as soon as the theme parks reopen, or will you wait? Have you already been to Downtown Disney since it reopened? Let us know in the comments!

Remember: Disneyland is currently accepting new reservations for August 16 and beyond! To book your next trip, get in touch with an Authorized Disney Vacation Planner at Academy Travel, who can help you navigate all of the changes coming to the Disney Parks and ensure your vacation is magical.

Comments Off on How Will Disneyland Be Able to Limit Capacity?