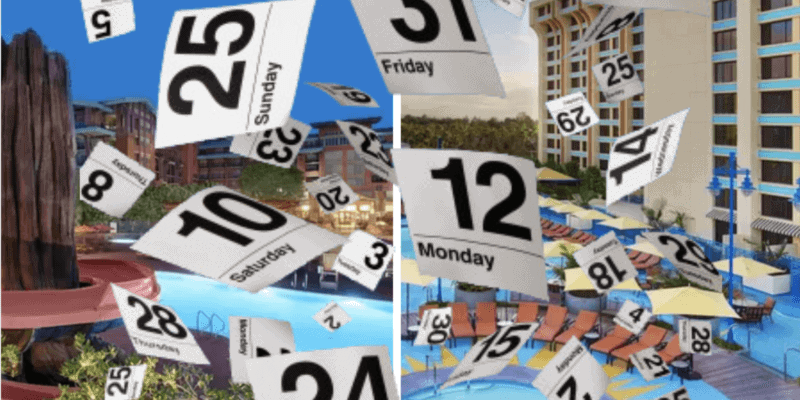 Until this week, two Disneyland Resort hotels — Disney’s Grand Californian Resort & Spa and Disney’s Paradise Pier Hotel — were accepting new reservations August 1 and after. Now, however, both onsite Disneyland hotels are not allowing new room reservations to be made until August 16.

An attempt to reserve a room for an August 15 check-in yielded no availability at the Grand Californian.

Moving the check-in date to August 16, however, showed that a wide variety of Disneyland hotel rooms were available at the Northwoods-style resort. Prices for mid-August begin at $613.00 per night at Disney’s Grand Californian.

The result was the same when attempting to reserve a room at Paradise Pier. There was no availability listed for August 15.

Disneyland Hotel, which is getting a brand new Disney Vacation Club tower, does not currently have any listed availability in the near future.

It is important to note that the fact that these Disneyland Resort hotels are accepting reservations beginning August 16 does not mean they will actually be reopening on that date. All existing reservations could be pushed back again depending on what happens with current restrictions in the state of California.

An ITM staff member who has an August 1 reservation for Disney’s Grand Californian was told by a Cast Member that changing her existing reservation was not necessary at this time because no official reopening date for the hotel has been determined yet.

In all likelihood, however, the Walt Disney Company could cancel hotel Guests reservations through August 16 in the near future, should the hotels not be able to reopen until after that date. 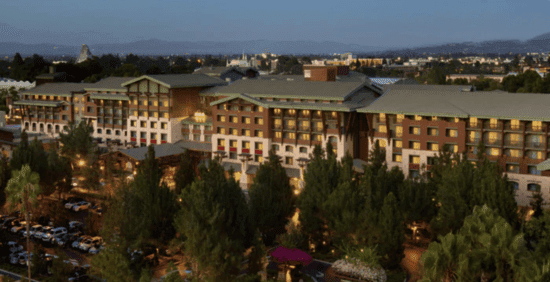 For Disneyland Resort Hotel Guests, the website states that Disney is waiving all cancellation fees up until the day of check-in for reservations with arrivals scheduled within the closure period. We were also told by Disney that if you need to cancel your reservation after the hotels reopen, you can do so up until two days before arrival and face no cancellation fees.

What do you think Disneyland hotels suspending new reservations until mid-August means for the reopening of Disneyland Park and Disney California Adventure theme park?

If you want to visit the Magic Kingdom at Walt Disney World Resort now or see Pixar Pier at Disneyland Resort after reopening, contact the Academy Travel team for a free quote. They will help you plan your perfect Disney park vacation.

Comments Off on Disneyland Resort Hotels Push Back Reservations Again