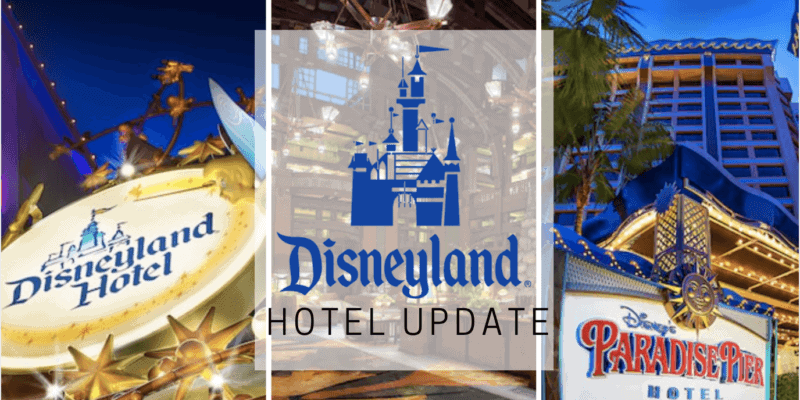 Despite the fact that Disneyland Resort has officially pushed back it’s reopening date due to concerns about the ongoing pandemic, Guests can still book rooms at onsite hotels later in 2020.

“The State of California has now indicated that it will not issue theme park reopening guidelines until sometime after July 4. Given the time required for us to bring thousands of cast members back to work and restart our business, we have no choice but to delay the reopening of our theme parks and resort hotels until we receive approval from government officials.”

Interestingly, reservations at Disney’s Grand Californian Hotel & Spa can be made starting July 23. It seems extremely unlikely that the three onsite Disneyland Resort hotels will be reopen by then, but rooms can be booked and paid for using the Disneyland website at this time.

For context, the Grand Californian as well as Disney’s Paradise Pier Hotel were available for bookings on and after July 23 back when Disney shared the original July 23 opening date for these hotels. At that time, there was no announcement of when the Disneyland Hotel would reopen.

Available dates at the Grand Californian continue through the end of the year, with room rates rising accordingly during the December holiday season.

Disneyland Hotel, which is currently undergoing refurbishment and getting a brand new DVC tower, has availability beginning October 1 through the end of 2020.

Disney’s Paradise Pier Hotel also has room reservations available beginning July 23 through the end of the year, with rates starting at $428 per night.

It is worth noting that in yesterday’s announcement regarding the delayed Disneyland Resort reopening, Disney did not indicate whether or not onsite Disney resort hotels would reopen at the same time as the two Anaheim theme parks.

Stay tuned to Inside the Magic for the latest news regarding Disneyland Resort reopening news.

What are your thoughts on Disneyland hotel room reservation availability right now? Do you think it indicates when the parks will reopen?