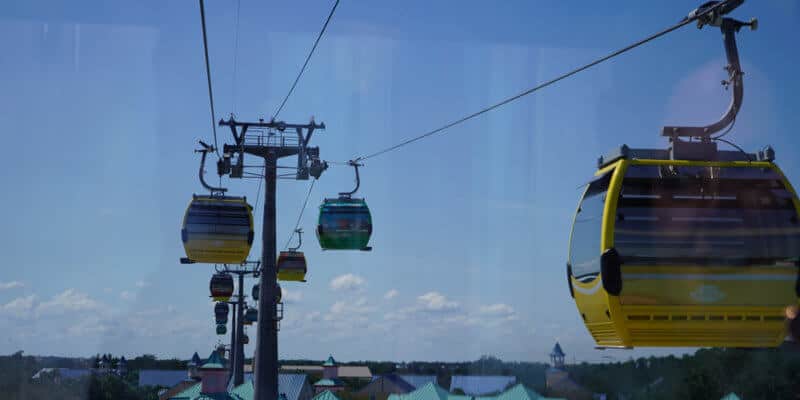 Disney World firefighters from Reedy Creek Fire and Rescue are raising more concerns about a lack of staff at the department and they’re saying they “got lucky” this past Saturday when the newly launched Disney Skyliner Gondolas transportation system went down at the resort.

“We’ve gotten lucky! And we need to stop pushing our luck,” said Sean Pierce, from Reedy Creek Fire and Rescue’s union to WESH 2 News. Pierce says he and team have been pushing for more firefighters in the event of emergencies similar to this past weekend’s but their requests continue to get denied.

“If this had been between noon and 4 p.m. and you had 100 cars with anywhere from four to 10 people on each car and you have to extricate those people off of those vehicles, it’s going to take a long time and 32 people aren’t going to get it done,” said Pierce.

On Saturday night, when the cable propelled transportation system went down for over 3 hours leaving passengers trapped in the cabins, 30 of Reedy Creek’s 32 firefighters were on shift and were called to the evacuation. According to WESH, the union revealed that Orange and Osceola county fire rescue were called as backups for the Skyliner evacuation, but they were not needed.

This isn’t the first time the Reedy Creek fire department raised concerns of a lack of firefighters necessary to take on the Disney Skyliner in the case of emergencies or the system gets stuck.

In May, Tim Stromsnes, president of the Reedy Creek Firefighters Association, told Orlando Sentinel: “We’re stretched to the max. They’re asking us to do more with less. Why are we doing such a disservice to the visitors, to the tourists who come to Disney, and not giving them an adequate amount of firefighters to do these operations? We don’t have enough firefighters to make them safe.”

In preparation for the opening of the Disney Skyliner, new rescue operation training was put in place and new equipment was purchased to evacuate guests in the case of emergencies. However, Stromsnes said the company had not hired more people and the firefighters already on duty would be required to handle any calls with the new high rise equipment by themselves. “We have the equipment,” he said. “We just don’t have the people.”

According to Stromsnes, in 2019 the Reedy Creek Fire Department made a request for 40 new positions. Although, only two, which were administrative positions, were added to the payroll. Stromsnes says his frustrations are not aimed at Disney but at Reedy Creek.

Currently, the union is attempting to use safety concerns as a means to negotiate a new contract for their workers. The union told WESH they are willing to accept a contract with no pay raise as long as new positions are part of the deal.

Since the Skyliner went down Saturday evening, the new mode of transportation has been closed indefinitely. Disney released the following statement Sunday morning about the incident, saying:

“We have a team diligently looking into the cause of the malfunction on the Epcot line of the Disney Skyliner. We have been in contact with the guests, many of whom were on the Skyliner for more than three hours until we were able to restart the system. We express our sincere apologies for the inconvenience and continue to work with each guest individually.”